Sports Illustrated Features THREE Different Women with Three Different Body Types For This Year's Swimsuit Edition ... and One of Them is Ronda Rousey 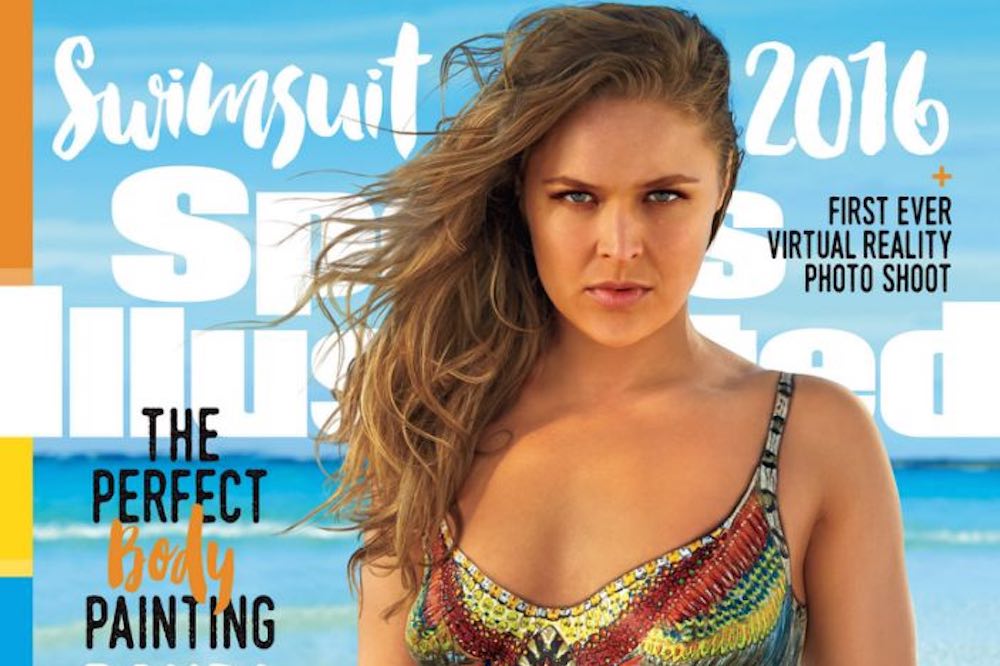 The other two woman gracing the cover are Ashley Graham and Hailey Clauson. “The three covers of Hailey, Ronda and Ashley celebrate the new SI Swimsuit,” the magazine’s assistant managing editor, MJ Day, said. “All three women are beautiful, sexy, and strong. Beauty is not cookie cutter. Beauty is not ‘one size fits all.’ Beauty is all around us and that became especially obvious to me while shooting and editing this year’s issue.”

Rousey being the cover girl was not unexpected. In January, a image from her photoshoot was leaked and gained lots of attention, especially with the 29-year-old wearing nothing but body paint made to appear as a one-piece swimsuit. Professional tennis player, Caroline Wozniacki and Skier Lindsey Vonn both did a body paint photoshoot for this issue.

“She’s a Phoenix, as fiery and beautiful as any mythical creature ever depicted,” Day said of Rousey. Hailey Clauson knows a little something about that as she appeared in the 2015 issue wearing a red, white and blue painted-on bikini. Day described her as “the definition of a modern bombshell.” Upcoming Plus-Size model, Ashley Graham is also featured in the ad campaign in the magazine revealed earlier this month. “Ashley commands your attention in her photographs,” Day explained. “She owns her sexiness in a way that every woman should. Her confidence is contagious.”

Check out all 3 eye-popping covers below: 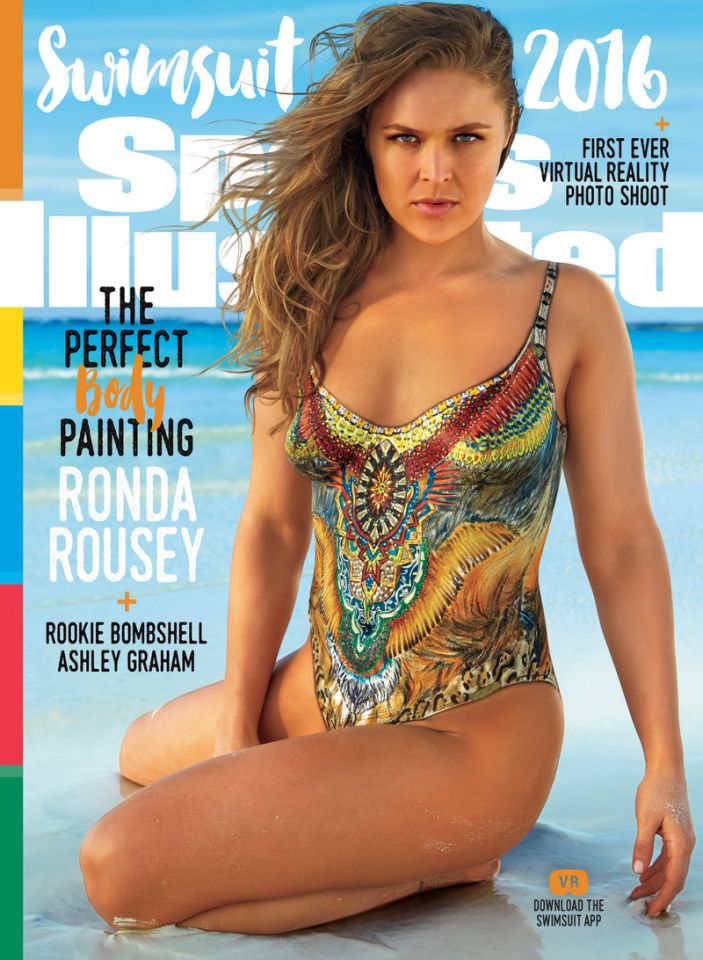 Prev1 of 3Next
Use your ← → (arrow) keys to browse
In this article:Ronda Rousey, Sports Illustrated