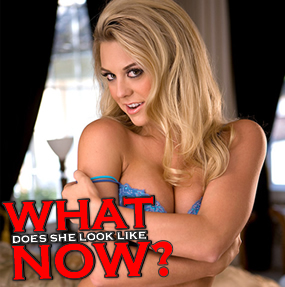 Playboy hottie Taryn Terrell had a huge fan following based on her exquisite photos in the world’s most popular men’s magazine. Then her popularity soared through the roof when she was signed by Vince McMahon’s World Wrestling Entertainment, and took the WWE Diva name of "Tiffany."

Since being released by WWE, Taryn has kept a low profile, but the Hustle’s own Bob Mulrenin tracked her down and scored these hot new photos of the gorgeous blonde bombshell.

"She looks better than ever," Bob told us this afternoon at the LOOKING 4 LARRY offices, "I wouldn’t be surprised to see Taryn in a high profile project sooner rather than later!"

We’re HustleTweeting on Taryn, and you’re more than welcome to join the conversation! Follow Th Hustle on Twitter HERE or write to us at hustleoncrave@gmail.com