The Character Posters For "Fury Road" Are Mad To The Max 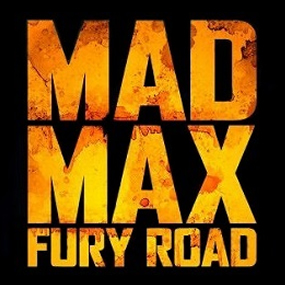 As we count down each day to the post -apocalyptic trials and tribulations of the great anti-hero, more teasing comes our way in the form of posters that define the key characters in the film!

On May 15, 2015, Mad Max: Fury Road will be released, and as we told you once before, THIS LOOKS TO BE THE MOVIE OF THE SUMMER OF 2015! Tom Hardy, who played Bane in The Dark Knight Rises becomes the unlikely super hero for the day, all while being surrounded by Charlize Theron, Nicholas Hoult, Zoe Kravitz,  Rosie Huntington-Whiteley and Riley Keough.

The movie is a reboot of George Miller‘s class 1979 movie “Mad Max” which starred then virtually-unknown Mel Gibson as the title character. The reboot is also directed by Miller, who has called the movie an ‘almost continuous chase.”

Miller won’t call Max a super hero. “Mad Max is not a super hero,” the director stated. “We don’t defy the laws of physics. It’s not a fantasy film. It’s basically a western on wheels.”

Of course, we’re HustleTweeting about “Mad Max: Fury Road” and you’re more than welcome to join the conversation by following us on twitter HERE or write to us directly at hustleoncrave@gmail.com Hey, have you checked out the Hustle’s Ultra High Quality You Tube Channel, with exclusive videos featuring OUR WORLD EXCLUSIVE WITH MIKE TYSON … BROCK LESNAR’S “HERE COMES THE PAIN” … ICE-T AND COCO’s SEX SECRETS … MMA BAD BOY NICK DIAZ … the list goes on and on, so if you’re not subscribing, you’re missing something … and by the ways cheapos, it’s FREE! Yes, absolutely 100 percent FREE! What are you waiting for? Check it out HERE!

CLICK ON THE PICS BELOW TO SEE THE ENTIRE PHOTO GALLERY FEATURING
THE CHARACTER POSTERS FOR THE RELEASE OF “MAD MAX: FURY ROAD”