"The Eye" Jamie Iovine is a Paul Heyman Guy! 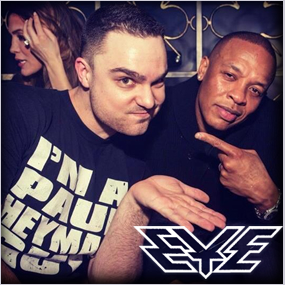 He’s the son of music royalty, but don’t mistake this second generation entrepreneur for some typical Beverly Hills rich kid. Jamie Iovine is creating his own image, and he’s caught the eye of our very own Hustlers De Tuti Hustlers Paul Heyman! 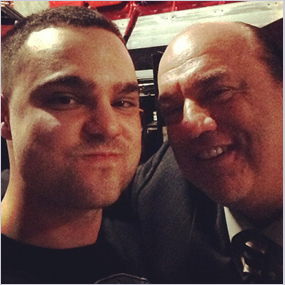 He’s the son of music royalty, but don’t mistake this second generation entrepreneur for some typical Beverly Hills rich kid. Jamie Iovine is creating his own image, and he’s caught the eye of our very own Hustlers De Tuti Hustlers Paul Heyman!

You know how this story goes. We have a LOOKING4LARRY (parent company of THE HEYMAN HUSTLE) staff meeting. Our very own Hustler De Tuti Hustlers Paul Heyman walks in the door (late, as usual. Hey, #JustSayin), and says “here’s The Next Big Thing … be ready for it!” He’s done it time and time again, whether it’s with BROCK LESNAR … or even PREDICTING THE SUCCESS OF ALABAMA SHAKES

So Paul walked in our offices a few weeks ago, and declared the music world is about to experience a revolution, and it will be headed up by second generation music pioneer Jamie Iovine. Now for those of you who don’t know, Jamie is the son of Jimmy Iovine. We can list all of this man’s accomplishments, but if you don’t know who Jimmy Iovine is, we leave this instruction to Paul himself … “Google him, bitches!”

So Paul has all these radical videos and press clips from The Eye’s performances, and he says “here’s what separates (The Eye / Jamie Iovine) from everyone else. He could have spent his entire life riding on his father’s coattails like so many other kids do. Instead, he paid the greatest tribute to his father he possibly could. He did exactly what his dad did. He ventured out into the world and created his own image, built his own reputation and carved out his own style. He’s not tied to convention, yet he respects the heritage he represents. If you’re looking to see where music is headed, then I humbly suggest to you to keep an EYE … no pun intended … on Jamie Iovine. The future is riding in his passenger’s seat, and he’s going to be the one to drive the industry into its next generation!”

Jamie’s latest big gig was performing at the GRAMMY party at Greystone Manor, where Jamie wore his PAUL HEYMAN GUY T-SHIRT loud and proud for the whole world to see. Hey, it only goes to show, he has great fashion sense, too!

Of course, we’re HustleTweeting about The EYE / Jamie Iovine and you’re more than welcome to join the conversation by following the Hustle on Twitter HERE … Hey, we’re also on Facebook HERE … and since we haven’t updated our MySpace page even though Justin Timberlake has invested in your grandpa’s social media, you’re welcome to check out our much-ignored page HERE.

CLICK ON THE PICS BELOW TO SEE EXCLUSIVE PHOTOS OF  THE EYE / JAMIE IOVINE
… HIS “PAUL HEYMAN GUY” T-SHIRT … DRE … DJ AFROJACK … AND HIS NOW-LEGENDARY
GRAMMY PARTY PERFORMANCE AT GREYSTONE MANOR!