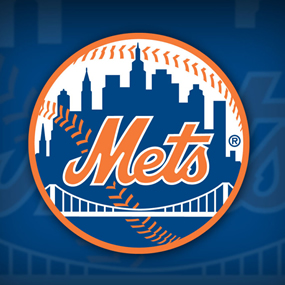 Scott Rice Offers New York Fans Someone To Talk About Besides A-Rod!

Scott Rice may never become a national sensation like JEREMY LIN but he’s about to find that playing for a New York professional sports team does have its advantages. The veteran minor leaguer (according to states posted in The New York Daily News, Rice played for the farm team for 14 years), now 31 years old, may become an “overnight sensation” as the Mets hit Florida for spring training.

Last season, Rice became a major story in Major League Baseball as he pitched to a 3.71 ERA, allowing 21 earned runs in 51 innings. He struck out 41, walked 27 and gave up just one home run. He pitched much of August and September with an aggravated hernia, which he said made it hard to just walk and kept him in the training room most of the time. “Once I started the rehab, I felt 100%, I haven’t had a problem with it at all,” Rice said. “I’ve had a good offseason workout and I am ready to get back and get better.”

In a town where A-ROD STILL DOMINATES THE HEADLINES, Rice offers the notorious New York media someone else to talk about! Of course, we’re HustleTweeting about Scott Rice, and you’re more than welcome to join the conversation by following THE HEYMAN HUSTLE on Twitter HERE or write to us directly at hustleoncrave@gmail.com  Hey, have you checked out the Hustle’s Ultra High Quality You Tube Channel, with exclusive videos featuring OUR WORLD EXCLUSIVE WITH MIKE TYSON … BROCK LESNAR’S “HERE COMES THE PAIN” … ICE-T AND COCO’s SEX SECRETS … TEEN SENSATION TAYLOR MOMSEN … UFC BAD BOY NICK DIAZ … THE WALKING RIOT MISSY HYATT if you’re not subscribing, you’re missing something … and by the ways cheapos, it’s FREE! Yes, absolutely 100 percent FREE! What are you waiting for? Check it out HERE!