The Miz Is A Warrior of Rock 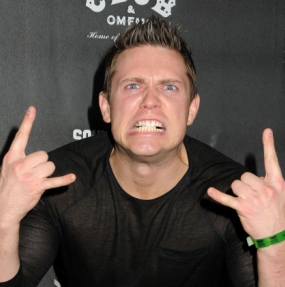 Soundgarden’s new album, Telephantasm, has already been cerified platinum thanks to its Guitar Hero partnership. Not only are there songs in the game, but the CD is actually included with the packages, a million of which have been shipped to stores. Not a bad marketing plan.

We’re HustleTweeting on this awesome new addition to the Guitar Hero franchise, and you’re more than welcome to join the conversation. Follow THE HEYMAN HUSTLE on Twitter HERE or please feel free to write to us at hustleoncrave@gmail.com

For you full time social networkers, you can also check us out on Facebook HERE, and on MySpace HERE

CLICK ON THE PICS BELOW TO SEE THE ENTIRE GALLERY
FEATURING WWE SUPERSTAR THE MIZ!