The Phenom has Resurrected! 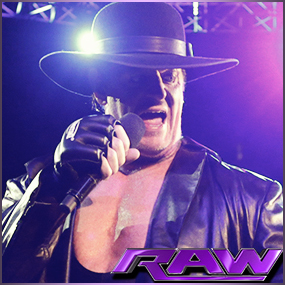 The Undertaker addresses his actions from WWE Battleground!

Tonight’s episode of WWE Monday Night Raw began with The Phenom addressing his actions from WWE BATTLEGROUND where he interrupted the 3-count that would’ve made The Beast Brock Lesnar, once again the Reigning, Defending, Undisputed WWE Heavyweight Champion of the World! The Undertaker has resurrected, and he’s looking to make The Beast, Rest in Peace!

It was always too good to be true for Brock Lesnar that The Undertaker would simply return to the void without properly repaying The Beast for ending his undefeated Streak at WrestleMania 30. And at WWE Battleground, Lesnar’s chickens came home to roost when The Phenom cost him the WWE World Heavyweight Title. So why did The Deadman do it? In his first turn on the microphone in more than a year, The Phenom allowed that the snapping of his Streak was inevitable. But with Paul Heyman’s relentless gloating and disrespect of Undertaker’s quarter-century life’s work, The Last Outlaw rode again to cost The Conqueror his own holy grail. That set himself and The Beast, 469 days after the end of The Streak, on a collision course that he promised would end with Lesnar, as all men must do, resting in peace.

Of course, we’re HustleTweeting about The Undertaker’s Return, and you are more than welcome to join by following the Hustle on Twitter HERE or write to us directly at hustleoncrave@gmail.com Hey, have you checked out the Hustle’s Ultra High Quality You Tube Channel, with exclusive videos featuring the #HUSTLEBOOTYTEMPTATS SUPERMODEL OF THE YEAR … OUR WORLD EXCLUSIVE WITH MIKE TYSON … BROCK LESNAR’S “HERE COMES THE PAIN” … ICE-T AND COCO’s SEX SECRETS … MMA BAD BOY NICK DIAZ … the list goes on and on, so if you’re not subscribing, you’re missing something … and by the ways cheapos, it’s FREE! Yes, absolutely 100 percent FREE! What are you waiting for? Check it out HERE!

CLICK ON THE PICS BELOW TO SEE THE ENTIRE OFFICIAL WWE PHOTO GALLERY
FEATURING THE RESURRECTED PHENOM, THE UNDERTAKER! 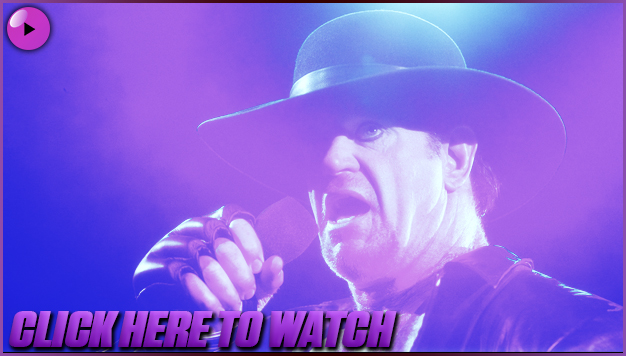