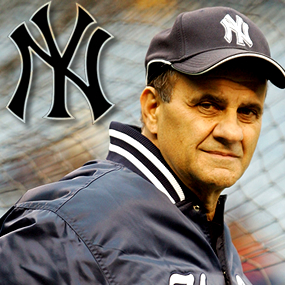 The New York Yankees have announced they will retire the number 6 of Hall of Famer Joe Torre, the celebrated manager whose leadership took the team to four World Series championships in a five-year run that began in 1996. With “The Captain” DEREK JETER obviously expected to be the last player to wear the number 2 for the Yankees (and his retirement at the end of this season), the world’s most famous baseball team will not have another player or manager don a number from 1 through 10.

In his 12 seasons as manager of The Bronx Bombers, Torre led the team to six American League pennants and World Series titles in 1996 and from 1998 to 2000. He will become the third Yankees manager to have his number retired, joining Billy Martin and Casey Stengel.

“I am incredibly humbled,” Torre said in a statement. “The Hall of Fame became possible for me because of what our players accomplished in 12 memorable years representing this historic franchise together. I hope that No. 6 will stand for everything that our players achieved.”

Torre will become the 18th player or manager in team history to have his number retired, as interestingly to note number 8 is retired twice, in honor of Yogi Berra and Bill Dickey. The ceremony for Torre will take place on August 23rd at Yankee Stadium.

It’s a good year to be Joe Torre. On July 27th, he will be inducted into the Baseball Hall of Fame. All this, while serving as Major League Baseball’s Executive Vice President For Baseball Operations.

Along with his number being retired, Torre will be honored with a plaque in Monument Park, as will two of the players who helped him win those championships. The Yankees will honor Tino Martinez and Paul O’Neill  with plaques in the park as well. Martinez’s ceremony is scheduled for Saturday, June 21, as part of Old-Timers’ Day weekend. O’Neill’s day will be Saturday, August 9th. The Yankees also will put a plaque in Monument Park for Rich “Goose” Gossage, who is already in the Hall of Fame. Bernie Williams, another member of those Torre championship teams, will be recognized in 2015.

Of course, we’re HustleTweeting about The New York Yankees, and you’re more than welcome to join the conversation by writing us on twitter HERE or write to us directly at hustleoncrave@gmail.com Hey, have you checked out the Hustle’s Ultra High Quality You Tube Channel, with exclusive videos featuring OUR WORLD EXCLUSIVE WITH MIKE TYSON … BROCK LESNAR’S “HERE COMES THE PAIN” … ICE-T AND COCO’s SEX SECRETS … MMA BAD BOY NICK DIAZ … the list goes on and on, so if you’re not subscribing, you’re missing something … and by the ways cheapos, it’s FREE! Yes, absolutely 100 percent FREE! What are you waiting for? Check it out HERE!