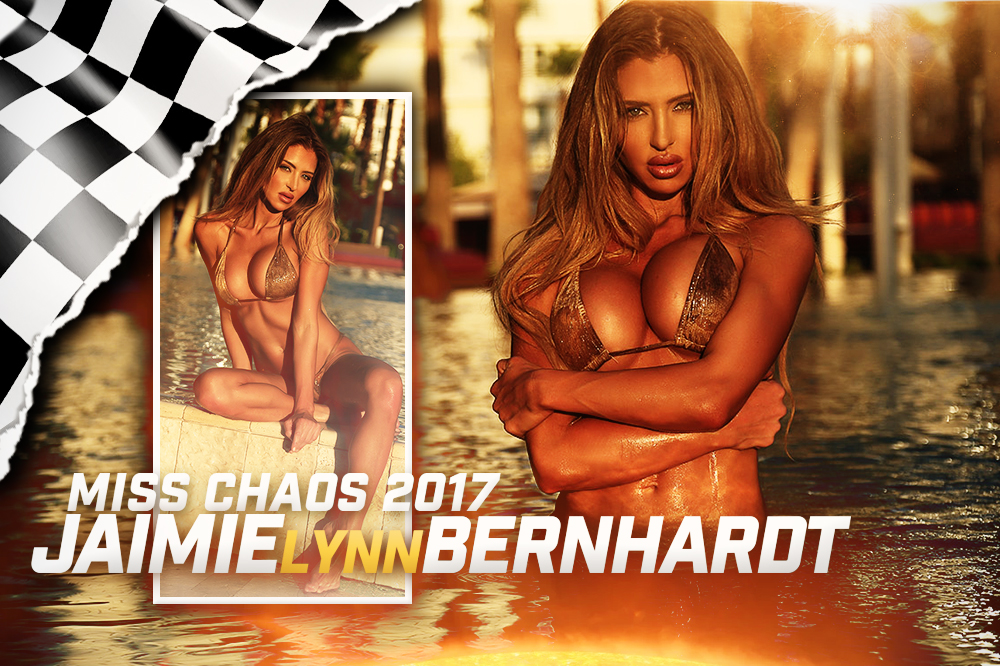 She’s the fitness model turned #HustleBootyTempTats supermodel who turned NASCAR upside down this year as the very first Miss Chaos at the Richmond Raceway. Jaimie Lynn Bernhardt has had one helluva year!

“She’s an awesome spokeswoman, as her beauty is far from only skin-deep,” noted Richmond Raceway VP Mike Waddell. “Jaimie is a great ambassador for the sport, and is one of the most personable supermodels I’ve ever met in my entire life. She’s a credit to Richmond Raceway, a credit to NASCAR and a credit to the #HustleBootyTempTats supermodel brand!”

Jaimie, busy doing appearances as #MissChaos2017, realized she’s fresh out of new bikini photos. “I’ve been killin’ it in the gym, and knew it was time to get some new pictures done!” So as any #HustleBootyTempTats supermodel would do, Jaimie jetted off to the Hard Rock Hotel and Casino Las Vegas, where world renowned supermodel photographer Mike Cohen caught the first plane from London (UK) to meet Jaimie and collaborate on the photo shoot.

“We went with a sunset theme,” Mike explained. “This time of year, the sunset hits the #HustleBootyTempTats private pool with such a magnificent color, and we knew it would match Jaimie’s skin to produce a brilliantly gorgeous setting!”

The results, dear Hustlers, are presented for your inspection!

We’re HustleTweeting about #HustleBootyTempTats supermodel Jaimie Lynn Bernhardt, and you’re more than welcome to join the conversation on the Hustle Twitter HERE and also on our hyper-interactive Facebook page HERE!