Watch The Weeknd Set Fire to The AMAs with "The Hills" 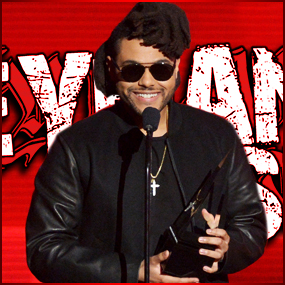 The Hottest Artist in the World Steals The Show … And No One is Surprised!

There is no hotter artist in the world right now than The Weeknd. The Internet Sensation turned mainstream superstar performed his hit single “The Hills” at the 2015 American Music Awards. For his AMAs take on the track, the R&B singer pulled much from his fiery tour performance of “The Hills.” Flanked by a pyrotechnic-heavy stage design, The Weeknd delivered an exciting rendition of his sexy hit that’s been dominating the charts.

Weeknd aka Abel Tesfaye released his sophomore album Beauty Behind the Madness in late August following the success of its singles “Often,” “The Hills” and “Can’t Feel My Face.” The album. which features guest appearances from Ed Sheeran and Lana Del Rey as well as production and songwriting credits from Kanye West and Max Martin, hit Number One on the Billboard 200 while “The Hills” is currently holding the top spot on the Hot 100. Earlier during the American Music Awards, Beauty Behind the Madness was named Favorite Soul/R&B Album.

Of course, we’re HustleTweeting about The Weeknd, and you’re more than welcome to join the conversation by following the Hustle on Twitter HERE or write to us directly at hustleoncrave@gmail.com Hey, have you checked out the Hustle’s Ultra High Quality YouTube Channel, with exclusive videos featuring the #HUSTLEBOOTYTEMPTATS SUPERMODEL OF THE YEAR … OUR WORLD EXCLUSIVE WITH MIKE TYSON … BROCK LESNAR’S “HERE COMES THE PAIN” … ICE-T AND COCO’s SEX SECRETS … MMA BAD BOY NICK DIAZ … the list goes on and on, so if you’re not subscribing, you’re missing something … and by the ways cheapos, it’s FREE! Yes, absolutely 100 percent FREE! What are you waiting for? Check it out HERE!

The Weeknd’s Already-Historic Performance at the 2015 AMAs! 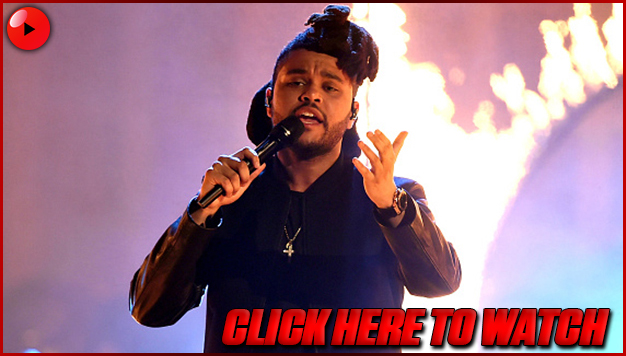