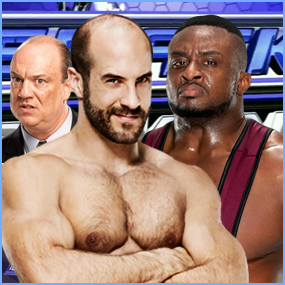 Our very own Hustler De Tuti Hustlers Paul Heyman leads his charge into a showdown with the powerhouse!

After CESARO’S BRUTAL POST-MATCH ATTACK ON KOFI KINGSTON ON MONDAY NIGHT RAW, The Swiss Superman has made some enemies. Count Big E as one of them. According to WWE.com:

Even as he set his sights on winning the Battleground Battle Royal to capture the Intercontinental Championship at WWE Battleground, Big E looked to “stand up” for his friend Kofi Kingston by “standing up” to fellow Battle Royal competitor, Cesaro. Four days earlier, it was The Swiss Superman who delivered an absolutely vicious beating to The Wildcat on Raw.

But before the SmackDown match could get started, a fierce brawl broke out between the two competitors outside the ring, resulting in a No Contest.

Of course, we’re HustleTweeting about Cesaro vs Big E and you’re more than welcome to join the conversation by writing us on twitter HERE or write to us directly at hustleoncrave@gmail.com Hey, have you checked out the Hustle’s Ultra High Quality You Tube Channel, with exclusive videos featuring OUR WORLD EXCLUSIVE WITH MIKE TYSON … BROCK LESNAR’S “HERE COMES THE PAIN” … ICE-T AND COCO’s SEX SECRETS … MMA BAD BOY NICK DIAZ … the list goes on and on, so if you’re not subscribing, you’re missing something … and by the ways cheapos, it’s FREE! Yes, absolutely 100 percent FREE! What are you waiting for? Check it out HERE!

CLICK ON THE PICS BELOW TO SEE THE ENTIRE OFFICIAL PHOTO
GALLERY FEATURING “PAUL HEYMAN GUY” CESARO VS BIG E ON SMACKDOWN!

HIGHLIGHTS OF CESARO VS BIG E! 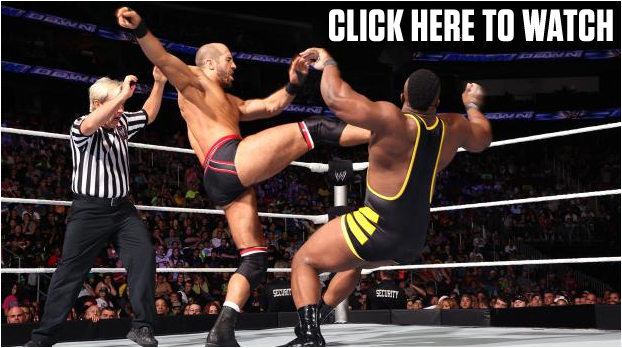