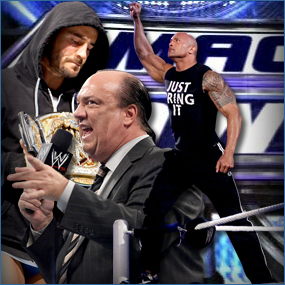 A letter from WWE Chairman Mr. McMahon has made it official that if The Shield interfere in the WWE Championship Match at Royal Rumble — the way they did when they attacked The Rock four days ago on Raw — CM Punk will be striped of the WWE Title. In response, CM Punk and Paul Heyman journeyed to SmackDown, the final stop before the biggest battle of his life.

The Straight Edge Champion admitted he was scared, but only of his own potential. Because he knew The Shield could now get in the way, Punk called out the dangerous faction. The Shield emerged from the crowd and surrounded the WWE Champion. Punk claimed he never asked for or wanted their help and told them that if they believed in justice, they would stay out of his way. In response, The Shield opted to leave without incident.

But when Punk began to talk again about his WWE Title Match against The Rock, The Great One stepped onto “his” show. A very focused People’s Champion called Punk a liar for saying he was never working with The Shield. But more importantly, Rock said it won’t matter this Sunday when he becomes the WWE Champion for the eighth time!

Of course, we’re hustletweeting about this and you’re more than welcome to join the conversation by join the conversation by following us on twitter HERE or write us directly at hustleoncrave@gmail.com  Hey, have you checked out the Hustle’s Ultra High Quality You Tube Channel, with exclusive videos featuring OUR WORLD EXCLUSIVE WITH MIKE TYSON … BROCK LESNAR’S “HERE COMES THE PAIN” … ICE-T AND COCO’s SEX SECRETS … TEEN SENSATION TAYLOR MOMSEN … UFC BAD BOY NICK DIAZ … THE WALKING RIOT MISSY HYATT if you’re not subscribing, you’re missing something … and by the ways cheapos, it’s FREE! Yes, absolutely 100 percent FREE! What are you waiting for? Check it out HERE! 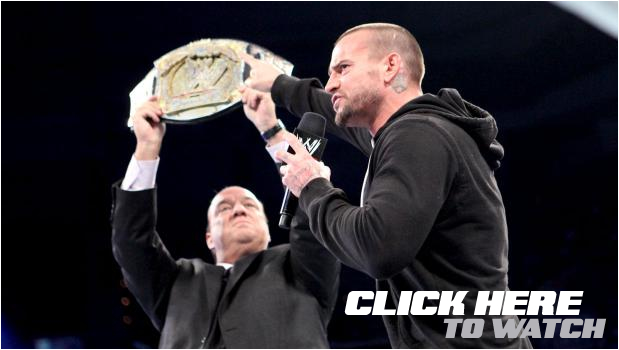