360 Coverage of WWE Evolution: Becky Lynch Defends the Smackdown Women's Title Against Charlotte Flair in an All Time Classic 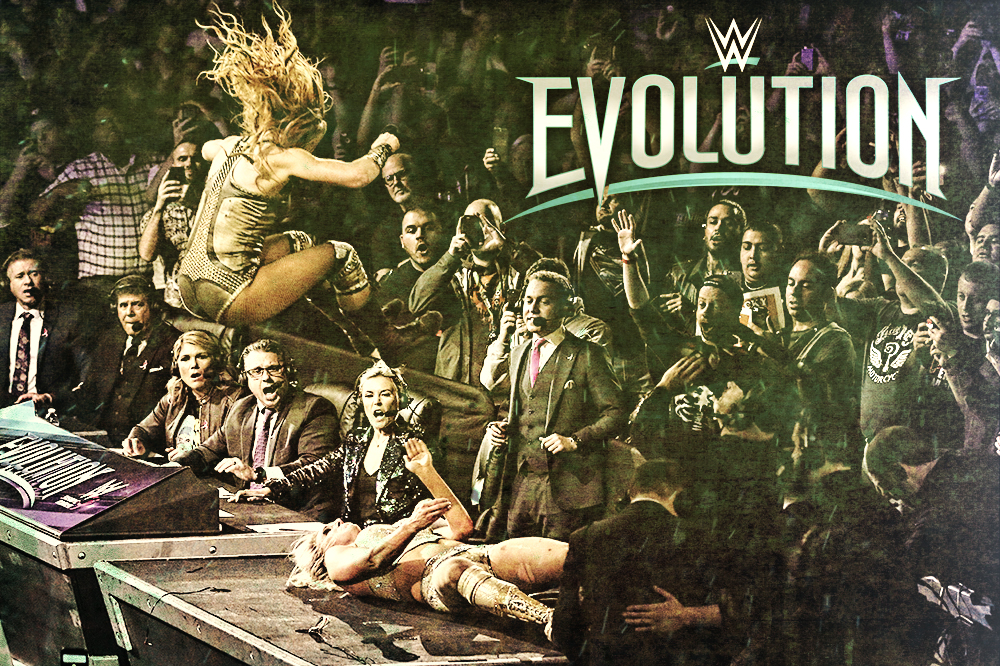 EXCLUSIVE PHOTOS FOR THE HEYMAN HUSTLE BY BOB MULRENIN AND DIGITAL CHARLIE!

WWE Evolution has made sports entertainment history, and The Heyman Hustle was on hand to cover it, as both Bob Mulrenin and Digital Charlie provide full coverage of Becky Lynch‘s victory in defense of her Smackdown Women’s Championship in a Last Woman Standing Match against Charlotte Flair.

We’re HustleTweeting about WWE Evolution, and you’re more than welcome to join the conversation by following the Hustle on Twitter HERE or by hitting LIKE on our hyper-interactive Facebook page HERE!