A Miracle For The Mets in Spring Training 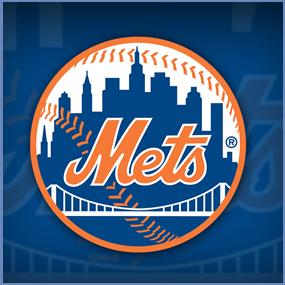 The Mets needed some good news in regards to its pitching staff. The clouds above Port St Lucie opened, and instead of being out the entire 2014, throwing ace Matt Harvey has arrived to play ball!

The New York Mets got some good news on Thursday when pitcher Matt Harvey was cleared to start playing catch only four months after having reconstructive elbow surgery. The right hander was examined by team doctor David Altchek at the Mets’ spring training facility in Port St Lucie, Florida, and cleared to play catch. This is a major step in the right direction.

Harvey had “Tommy John Surgery” on October 22nd, and was thought to be out the entire 2014 season. Mets pitching coach Dan Warthen delivered the good news to media, stating Harvey will “begin to play catch in the next couple of days.” Warthen added. “He will start throwing soon.”

This Saturday will be exactly four months since Harvey underwent the surgery by renowned orthopedic surgeon Dr. James Andrews. That name may be familiar to many of our readers as the doctor who has performed many surgeries on several WWE superstars. Harvey declined to comment about getting the greenlight to throw, saying he was not allowed to talk about it without permission from the Mets, which won’t likely be granted. General Manager Sandy Alderson bluntly said at the beginning of spring training that he did not want Harvey to be part of the Mets’ storyline in 2014.Well, at least the team is open and honest about it.

When asked, anyway, about the pitcher’s progress, Alderson said “I am not commenting on Matt’s situation.”

Harvey went 9-5 with a 2.27 ERA and 191 strikeouts in 2013, his first full season in Major League Baseball, and was the National League starter in the All-Star Game that was played at the Mets’ home, Citi Field in Queens, New York. Harvey struggled after the All-Star break and the Mets announced he had a partial UCL tear in his right elbow on August 26th. He underwent the surgery, and is determined to be a Miracle for the Mets in the year twenty fourteen.

Of course, we’re HustleTweeting about Matt Harvey, and you’re more than welcome to join the conversation HERE or write to us directly at hustleoncrave@gmail.com  Hey, have you checked out the Hustle’s Ultra High Quality You Tube Channel, with exclusive videos featuring OUR WORLD EXCLUSIVE WITH MIKE TYSON … BROCK LESNAR’S “HERE COMES THE PAIN” … ICE-T AND COCO’s SEX SECRETS … TEEN SENSATION TAYLOR MOMSEN … UFC BAD BOY NICK DIAZ … THE WALKING RIOT MISSY HYATT if you’re not subscribing, you’re missing something … and by the ways cheapos, it’s FREE! Yes, absolutely 100 percent FREE! What are you waiting for? Check it out HERE!