A Most Memorable Ending to This Week's WWE Monday Night RAW 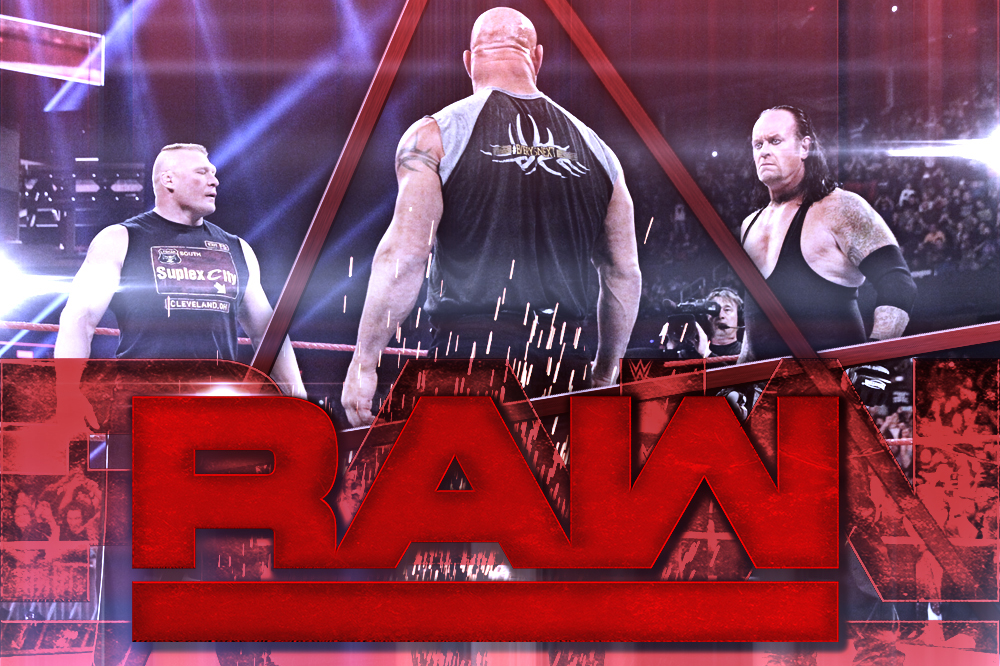 Goldberg, Paul Heyman, Brock Lesnar and The Undertaker Leave Us Wondering “What Will Happen at the Royal Rumble?”

WWE Monday Night RAW promoted an appearance by Goldberg to be the final thing you see on RAW before this Sunday night’s Royal Rumble, but little did anyone know how memorable the segment would be. Goldberg, who split his head open head butting a door in the locker room to psyche himself up before his interview, was joined by a truly legendary cast of characters. According to WWE.com:

Goldberg’s return to Raw had the entire WWE Universe shivering with anticipation. But by the end of the night, Goldberg may have been the one with the chills. The former World Heavyweight Champion was first interrupted by the arrival of Brock Lesnar, whom the accompanying Paul Heyman promised would personally eliminate Goldberg from the Royal Rumble Match on Sunday. Goldberg seemed as though he would successfully goad Lesnar to the ring for a fight, but when the two men prepared to throw down, a gong tolled, the lights cut out, and The Undertaker materialized between the two men, bringing them both to a screeching halt. It was a stark reminder that all Roads to WrestleMania must first pass through The Deadman’s yard. All right, Rumblers. Let’s get Rumbling.

We’re HustleTweeting about The Royal Rumble, and you’re more than welcome to join the conversation on the Hustle Twitter HERE and also on our hyper-interactive Facebook page HERE!