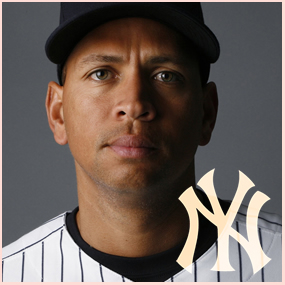 As The New York Yankees Prepare For A Jeter-Less Opening Day, Their Biggest (and Most Controversial) Superstar Confesses To The Media!

Alex “A-Rod” Rodriguez is ready for opening day. In Yankee Stadium. Without Derek Jeter‘s leadership as Captain. With the intensity of the New York media. And the scrutiny of the New York fans. TODAY!

Finishing Spring Traning with a .267 batting average and three home runs, A-Rod dealt with jeers, not cheers, at Nationals Park on Saturday during the Yankees’ final exhibition game. ”I’ve always definitely heard much worse,” stated Major League Baseball’s most notorious multi-millionaire. ”I thought the biggest reaction was when we were running sprints before the game and they announced my name. I was like, ‘Wow, that was loud.’ Sometimes, I just can’t figure out if there’s boos or cheers. But there certainly were a lot of boos, I guess. I’m almost numb to it.”

Then he talked about what the reaction to him will be later today in the Bronx.

“We do play in front of the smartest, most passionate fans in all of sports,” he exclaimd. “To be able to come back to Yankee Stadium and call that your office, it doesn’t feel like a job. It feels like an incredible blessing.”

He continue, “‘It’s been a long time. This whole thing is pretty humbling. … I’m like a rookie again. I’m really looking forward to playing baseball. ‘It really is like a dream come true again. To be back playing the game that I love so much, I feel like I’m 18 years old with (manager) Lou Piniella in Seattle again.”

A-Rod is expected today to bat seventh and DH.

He even got a little introspective. “After my last two years, it means the world to be back in a major league stadium,” he told the media over the weekend. “I can’t tell you how grateful I feel for the opportunity to be back playing baseball. I know it is my 21st year, but this is probably the one that I’m most grateful of.”

The Bronx Bombers’ Manager Joe Girardi added, “It is like a new beginning for him.”

Wrapping up the meeting with the media, A-Rod looked forward to today’s game. He said, with a smile, “What is better than Opening Day at Yankee Stadium?”