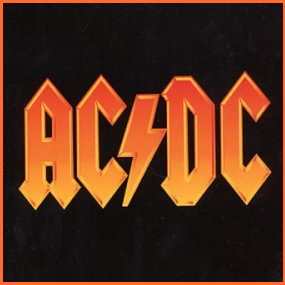 As the buzz builds for the December 2nd release of “Rock Or Bust” the band confirms some rumors … and starts several others!

AC/DC‘s newest studio album, “Rock Or Bust” will be released on December 2nd, and it will be the first time the band has gone public without the services of founding guitarist Malcolm Young, whose family has confirmed in a statement “Malcolm is suffering from dementia and the family thanks you for respecting their privacy.”

It has also been confirmed that Young’s nephew, Stevie Young filled in for Malcolm during the session, and will be filling in on the group’s upcoming world tour in 2015.

“We miss Malcolm, obviously,” AC/DC frontman Brian Johnson stated in July at a time when the band was optimistic about the guitarist’s return. “He’s a fighter. He’s in [the] hospital, but he’s a fighter. We’ve got our fingers crossed that he’ll get strong again…. Stevie, Malcolm’s nephew, was magnificent, but when you’re recording with this thing hanging over you and your work mate isn’t well, it’s difficult. But I’m sure (Malcolm) was rooting for us.”

“Rock or Bust” will feature 11 new AC/DC songs when it comes out on December 2nd. In September, the band began teasing the song “Play Ball” in ads for Major League Baseball’s Postseason campaign on Turner Sports.

And now, here comes the next set of rumors.

There’s  a new photo from the band that is conspicuously missing drummer Phil Rudd. No explanation was given for Rudd’s absence, but it was reported recently that Rudd was called away for the band’s music video shoots due to a family matter. Rudd was replaced in the video by Shogun drummer Rob Richards. Let the conspiracy theories begin!

Of course, we’re HustleTweeting about AC/DC, and you’re more than welcome to join the conversation by following us on twitter HERE or write to us directly at hustleoncrave@gmail.com Hey, have you checked out the Hustle’s Ultra High Quality You Tube Channel, with exclusive videos featuring OUR WORLD EXCLUSIVE WITH MIKE TYSON … BROCK LESNAR’S “HERE COMES THE PAIN” … ICE-T AND COCO’s SEX SECRETS … MMA BAD BOY NICK DIAZ … the list goes on and on, so if you’re not subscribing, you’re missing something … and by the ways cheapos, it’s FREE! Yes, absolutely 100 percent FREE! What are you waiting for? Check it out HERE!