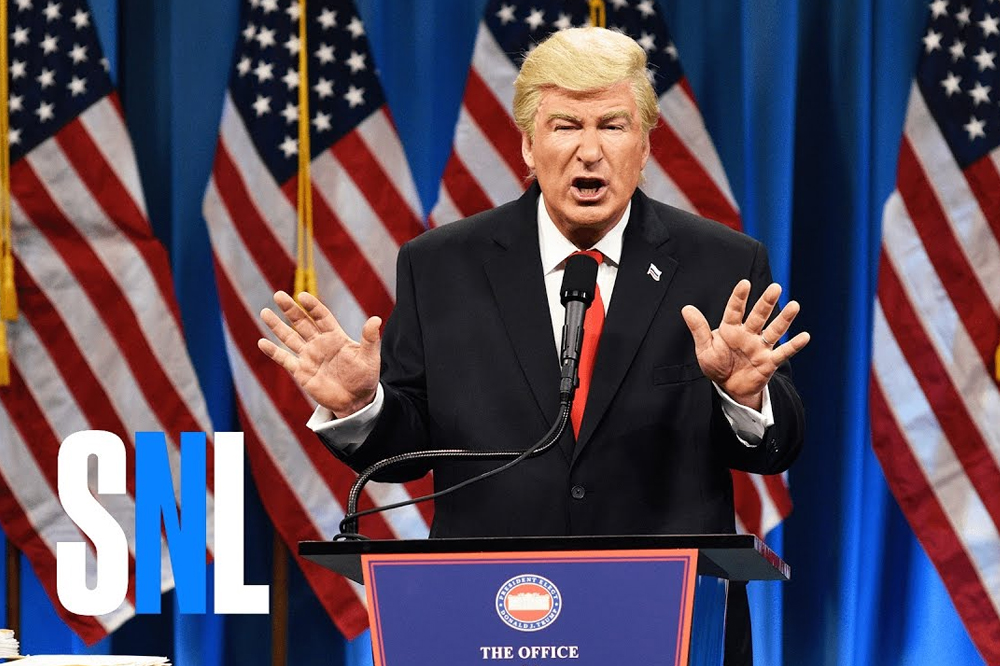 We are heading into the week of the Presidential Inauguration of Donald J. Trump, which means the next time Saturday Night Live airs, we will no longer be in the Obama Era, we will be governed by the Trump Administration. In his final appearance as Trump while The Donald is President-Elect (as opposed to being the sitting President), Alec Baldwin and the SNL writers took on the recent headlines regarding Donald Trump and the Russian involvement in the election.

We are HustleTweeting about Saturday Night Live, and you’re more than welcome to join the conversation by following the Hustle on Twitter HERE or by hitting LIKE on our hyper-interactive Facebook page HERE!