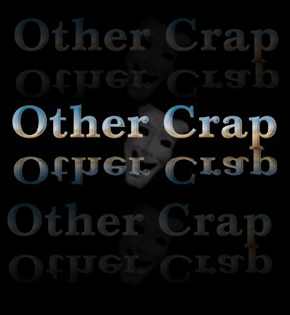 Greg Wroblewski is not your typical blogger, nor is he your average ol’ webmaster. The man better known as “Uncle Scoopy” is one of the most prolific writers and news-wranglers on the web, and his audience is growing by the day.

Uncle Scoopy is best known for the hilarious site OTHER CRAP which features stories from around the web on a variety of subjects. Some are sports, some are general interest, some are entertainment, some are gossip, but all are interesting. And he’s not stopping there. Uncle Scoopy is expanding his web-media empire, so we figured it was time to kiss his ass with a story interview this Internet entrepreneur.

HUSTLE: You’re one of the early pioneers of info-sharing on the net.

UNCLE SCOOPY:  The internet was just a gleam in Al Gore’s eye when I started. It was actually November of 1995 when I hit the Internet looking for pictures of nude movie scenes, because … well, you can figure that out. I found very few, and what I found was not authoritatively labeled, so I gathered what I had, and started doing it myself, assuming that there must be other high-minded aesthetes who would enjoy such refined artistic pursuits with their morning cup of Earl Grey, or while waiting for their wives to dress for the opera. The term “blog” wasn’t in use then. I called it an online newspaper. By the current definition, however,  a web site with dated posts, Uncle Scoopy’s Fun House was and still is a blog, in fact one of the first blogs. As far as I know, it is the longest running blog which has been continuously updated without ever missing a day. I have published an edition now for about 5000 consecutive days, on three or four different URLs over the years. The site is now at SCOOPY.NET, where it has been since I purchased that domain back around 1997.

HUSTLE: So, give us the scoop, Uncle Scoopy. Where does the name “Uncle Scoopy” come from? 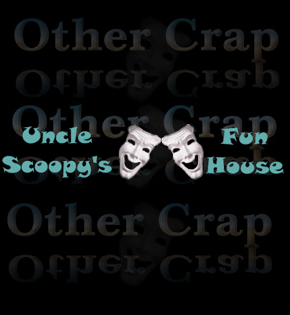 UNCLE SCOOPY:    I created the character Uncle Scoopy in pre-internet times for a newslatter published by one of my former employers. I was traveling around the world back then, writing about my adventures for the Texas homies, and I found it was funnier to do so as a debate between me and “Scoop” Parking, a good ol’ Texas boy who was assigned to travel with me and just didn’t understand “furriners”  and their crazy herring-eating ways. When I started the website, I was writing it in Scoop’s voice, but I eventually stopped because people were taking my comments seriously when they were meant to show how dumb ol’ Scoop was. I started writing in my own voice, but kept Scoop’s name. Very few people remember when I used to write the site in a character voice.

UNCLE SCOOPY: For a long time, I didn’t succeed in doing that. The daily counts were in the low hundreds for a long time, then crept up to low four figures and stayed there for months. Pre-Google, it was difficult to tell people where we were and what we were. We were building up a devoted following, but it was a tiny niche audience. Plus, there wasn’t much one could do in those days to add glitz to the site. Bandwidth was ridiculously expensive, and most people were wired with 14.4 modems, so we used small pictures, with no thumbnails. Film clips were completely out of the question. The site was stagnating for a while, but we caught a tremendous break in 1997. In May of that year, Lucy Lawless fell out of her top while singing the national anthem at a hockey game. One guy who had the pictures, someone who worked on the local TV station which carried the game, knew about our site and sent me the frame-grabs. I posted them, word spread like wildfire, and our daily counter jumped from something like 4,000 to about 250,000 within two days. Fortunately, they were small pictures, so the bandwidth costs didn’t kill me. After that event, the site continued to pull in big numbers of visitors, as we retained many of those who were exposed to us in those two days.

HUSTLE: But from the Fun House, you launched several other sites as well… 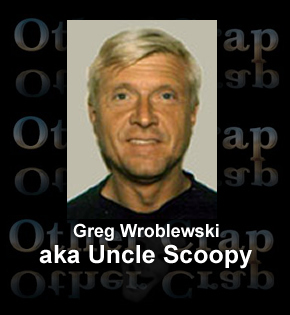 UNCLE SCOOPY: Well, they were all part of the Fun House at one time. For example, I thought that nude pics from older movies and foreign movies would be much more interesting to people in some kind of context, so I wrote about the stars, the directors and the movies themselves.While I was surfing the Internet I found all sorts of odd and interesting things that were not related to celebrity nudity, so I linked to them in order to share the finds with my readers. Finally, I know a great deal about the history of baseball, and I love to write about it, so I just threw in all kinds of baseball trivia here and there, apropos of nothing. When the Fun House was forced into pay site status by the reality of bandwidth costs, many of our readers just couldn’t become members, but they would write in and ask how they could access the non-nude material. The crazy links eventually became Other Crap. The baseball stuff became Uncle Scoopy’s Ball Park, and the movie articles became Uncle Scoopy’s Movie House.

HUSTLE: How does someone … well, how did you specifically market a link aggrefation site like Other Crap?

UNCLE SCOOPY: It depends on what you are trying to achieve. If you are trying to build up traffic in order to sell ads or something, than you need to seek partnerships with lots of other web sites, exchanging links, and you need to build an online community which comments and exchanges their own thoughts on your board. Other Crap was not built to be a commercial site. I basically only link to material that interests me or makes me laugh, in the hope that my readers will enjoy the same sorts of things. When our fellow webmasters want links from me, I just tell them to submit interesting pages, and I’ll link to the specific content I like, but I’ll skip over 90% of their submissions, and I’ll even make fun of them if their submissions really suck. I’m not exactly Mr. Diplomat, and that’s no way to forge alliances. There are no permanent links on Other Crap at all, other than to my other sites. Everything else is timely “news o’ the day,” and a third of it disappears from the front page when each new day dawns. This is not a good way to build a site, because very few sites send any significant traffic back to me. They enjoy the thousands of “hits” they might get when I feature their content, but don’t give much back in return, so I get most of my hits from the search engines and bookmarks. The good news is that Other Crap is essentially nothing but text and links to other’s people’s content, so the overhead is minimal. The better news is that readers can drop in without being annoyed by ads and cookies and pop-ups and bullshit links.

In reviewing the Uncle Scoopy amusement park of websites, it’s obvious that there is something for everyone in his plethora of offerings. And every day, the old news gets pushed down, and the new posts rise to the top. Because no matter how much you can find on the net, there’s always OTHER CRAP to read.