Are We Asking Too Much of our Fighters? 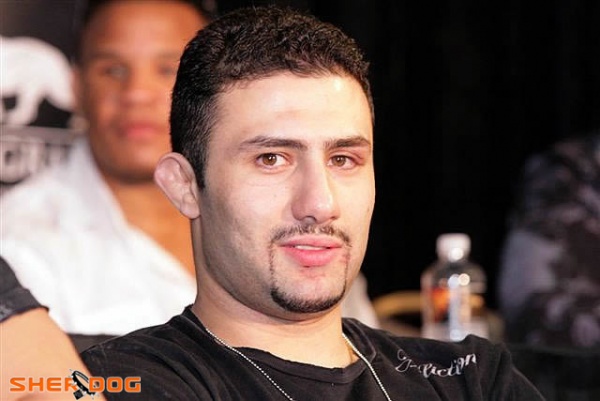 Originally I was going to write a piece on the different reasons Karo Parisyan may have pulled out of his bout with Dustin Hazelett this Saturday only a couple of days out. For those of you unaware to this point, Karo Parisyan pulled out of his bout with Dustin Hazelett at UFC 106 because, according to Parisyan, he didn’t have enough money to pay to be licensed to fight. Head of the Nevada State Athletic Commission Keith Kizer said a payment plan was set up for Parisyan but that’s not what’s important here.

The plan was for this to be something funny. But when discussing Parisyan’s last minute withdrawal with colleagues I found myself in a peculiar position. I wanted Parisyan to fight just like everyone else but with his inconsistencies now having followed him outside the cage I found myself indifferent to his plight rather than concerned for his well being. His anxiety issues have been well documented and to an extent there’s an argument to be made for Parisyan not fighting at all until he gets his issues resolved. But when fighting is your primary source of income it’s not exactly easy to step away from everything to get yourself fixed at the expense of everything else. And therein lies the problem.

As fans there’s nothing wrong with wanting to see the best fight the best. It’s why you watch MMA on any level at all. But with the gap between the marketing of the sport and the sport itself continuing to expand, a lot of fighters can potentially be left in the lurch. Psychological issues amongst all athletes are a problem. Admitting to a psychological problem is looked at as a sign of weakness and a blow to the armor of the “invincible” athlete. Take a look at Georges St. Pierre admitting to seeing a sports psychologist for example. Many saw it as St. Pierre having problems between the ears and as a detriment to his fight game. So what do you do? Grin and bear it is the answer most would probably give you because only a select few can afford to take the time to get things right.

Athletes in the four major sports see psychologists all the time and its hardly a story because of how big their respective sports are. People are only beginning to understand what MMA is and its being misconstrued as little more than a Tough Man competition. So why would a fighter risk taking such a hit to his credibility to fix a very legitimate problem?