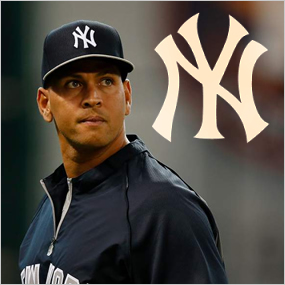 The Bronx Bombers’ GM Brian Cashman Goes on the Record with the Team’s Position!

Alex Rodriguez stepped up to the plate on Friday in Boston, having originally been BENCHED FOR THE DAY, and instead HIT HOME RUN NUMBER 660, tying Willie Mays for fourth on the all time list, and breaking the 2-2 tie between the Yankees and their rivals the Red Sox, with A-ROD’s home run being the score that won that game for the Yankees.

The New York Yankees are supposed to pay A-ROD a six million dollar marketing bonus for the home run, as per his agreement (which dates back before his suspension). Rodriguez is due $30 million in possible bonuses if he hits five milestone home runs, beginning with his 660th homer. He also can receive $6 million for tying Babe Ruth at 714, Hank Aaron at 755, Barry Bonds at 762, and becoming the home-run king for surpassing Bonds. The team has now officially taken a public position regarding the bonus.

And the answer is “no.” Now it gets sticky.

“We have the right, but not the obligation to do something, and that’s it,” stated Brian Cashman, the Yankees’ General Manager . “We’re going to honor our responsibilities of the contract. So there is no dispute, from our perspective.”

The Yankees contend that Rodriguez was suspended all of last season for performance-enhancing drug use, which makes it impossible for the team to market his feats, which voids any bonuses. Rodriguez’s camp views that as the Yankees’ problem. The Yankees blame A-ROD.

The bonuses, negotiated as part of his 10-year, $275 million deal signed in 2007, was billed as a marketing agreement. The Yankees have the “right to designate” the home runs as historical milestones, according to the wording.

“We have the right,” Cashman said, “not the obligation to do something. And that’s it. It’s not you do this, you get that. It’s completely different. I’ll let the other people above me handle it the rest of the way, but it’s not this two [homers] away, three away, four away, and all of a sudden, we’re choosing not to do something. If we choose to pursue something [marketing rights], we will choose to pursue it. If we choose not to, it’s our right not to. In both cases, we’re honoring the contract.”

“The great thing about contracts, if there are any disputes,” Cashman said, “there’s a system in place to determine if there is some misunderstanding, I don’t think there’s any misunderstanding. I think it’s pretty clear. There’s nothing to address. He’s got a copy [of the contract] too.”

“He was like a kid,” Cashman said. “He was just giddy. He was really happy for what he had done, but also, when he did it, because it was a meaningful hit for our club. It was like turning back the clock. I saw his comments where he felt like he was 18 again. And I could tell that was genuine and sincere.”

We’ll see the next move as this story continues to unfold. Of course, we’re HustleTweeting about A-ROD and The New York Yankees, and you’re more than welcome to join the conversation by following The Heyman Hustle on Twitter HERE! You can also post your thoughts on our Facebook page HERE!  If you feel compelled to write us, please do so at HustleOnCrave (at) Gmail.com