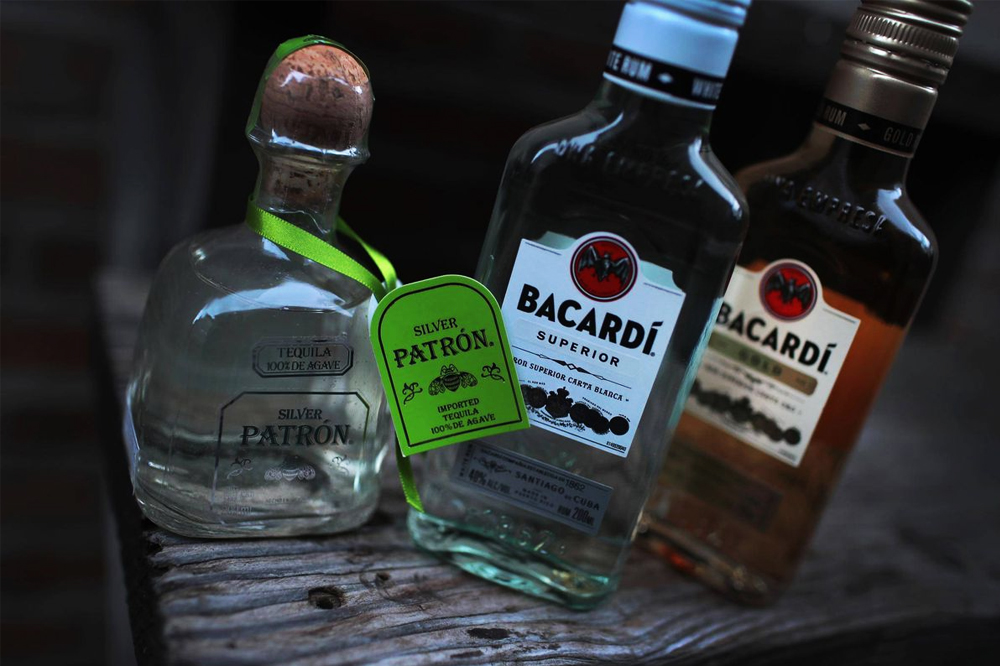 The tequila business just got a whole lot more interesting.

Family-owned Bacardi Limited, the largest privately held spirits company in the world, announced today that it is expanding its portfolio of premium spirits with a definitive agreement to acquire 100% ownership of Patrón Spirits International AG and its PATRÓN brand, the world’s top-selling ultra-premium tequila. In other words, tequila drinkers, the game has dramatically changed.

The transaction, which is subject to customary closing conditions, follows the successful relationship the companies have had for nearly a decade since Bacardi’s initial acquisition of a significant minority stake in Patrón in 2008. The transaction reflects an enterprise value for Patrón of 5.1 billion USD and is expected to close in the first half of 2018.

Tequila is one of the fastest-growing and most attractive categories in the spirits industry, with Patrón being the clear market leader in the super-premium segment. Super-premium brands continue to experience the fastest growth, and the trend is expected to continue.

“We started this business more than a quarter century ago with a singular mission … to create an ultra-premium, luxury tequila,” said John Paul DeJoria, co-founder of Patrón tequila, and a man we at the Hustle presume is even wealthier today than he was yesterday, or is soon to be really really rich. “Today, with that continued commitment to quality and several other extraordinary brands in our portfolio, we produce more than three million cases of distilled spirits annually that are enjoyed around the world. I am proud of what our entire organization has accomplished, and the work we do in giving back to the people and communities in which we operate.”

“Patrón and Bacardi were both founded on the principles of quality, integrity, and innovation, and driven by a sense of fearlessness … it’s in our DNA,” said Facundo L. Bacardi, Chairman of Bacardi Limited, who has an awesome name and has more money than most people would know what to do with. “It has been a privilege being a partner for a number of years with a remarkable entrepreneur like John Paul DeJoria. John Paul’s vision, integrity, and courage are responsible for introducing the world to simply perfect tequila. As we move forward together, we will continue to pursue perfection as the guiding light in everything Patrón stands for.”

“Patrón is more than just a brand we have built; it has been a personal passion for nearly 20 years. I truly consider the Patrón team my extended family,” said Patrón President and CEO Edward Brown. “As Bacardi has had an ownership stake in Patrón for almost a decade now, and truly knows and appreciates our unique business, they are the best and most logical steward to continue our pursuit of perfection.”

Following the closing of the deal, DeJoria will serve as an ambassador for Patrón in the role of Chairman Emeritus and intends to work with Bacardi in further advancing their combined dedication to philanthropic projects and environmental consciousness. Patrón’s efforts have included support for food banks, education, and disaster relief, as well as development of an eco-friendly reverse osmosis irrigation system, a process of recycling agave fibers from the tequila production process for use as fertilizer compost, and reforestation of trees in the community surrounding its tequila manufacturing operations in Atotonilco el Alto, Jalisco, Mexico.

We’re HustleTweeting about Barcardi‘s purchase of Patrón, and you’re more than welcome to join the conversation on the Hustle Twitter HERE and also on our hyper-interactive Facebook page HERE!