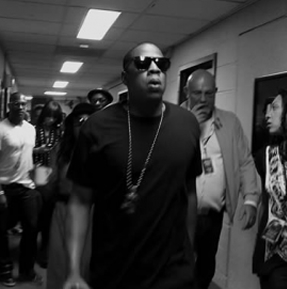 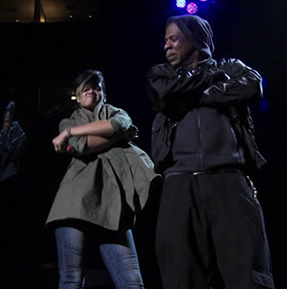 As I have often stated on the pages of THE HEYMAN HUSTLE, music is like my other religion.  My belief in the power and purity of music is unshakable, constant, loving and dare I say devote.   I feel an equal reverence for my home turf, the center of the universe, New York City.

My two loves were brought together in majestic fashion by Brooklyn-born music icon, Jay-Z in his concert honoring the 9/11 First Responders and their families. I had the privilege of directing a behind-the-scenes documentary for the popular cable series Road to MSG and I am thrilled that it will debut tonight at 8:30pm on MSG Network.

The entire production was one giant love fest to the cause, the city and to the man who put it together. From the amazing sound check performance of Mary J. Blige bringing the same passion to rehearsal as to a full house later that night; being the only camera on the floor as the brilliant John Mayer worked out the searing Hendrix riffs he’d incorporate into his performance with Jay-Z; the Big Brother-type love Jay showed for the always-radiant Rihanna as they worked out their staging for “Run This Town”;  the sheer joy and come-together spirit all the performers shared backstage: and not to by any means forget Beyonce, Pharrell, Diddy; and most of all, sitting on the stage of the Garden (Top of the World, Ma), framing a shot of the man himself spitting not 5 feet away as he prowled cat-like and iconic in rehearsal, a modern day Chairman of the Board.

Cable and indie film exec, Mary-Liz McDonald, who executive produced this series with me was left uncharacteristically speechless on this one.  "Jay-Z is an icon," she told me, "I’m so thrilled that we are able to deliver on our promise to his legions of fans."

Road to MSG: Jay-Z’s 9/11 Concert was a wonderful trip backstage, on stage and into the dressing rooms of what is aptly called, “The World’s Most Famous Arena.”   We are insanely proud of each and every doc we produced for the series, but tonight at 8:30pm I want to share the one that most touched my heart.

CHECK OUT THE THUMBS BELOW TO SEE MORE FROM THE SHOW