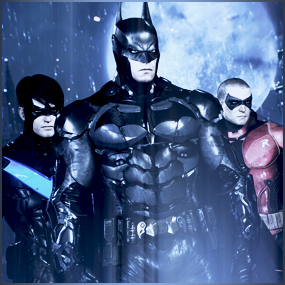 Warner Bros. Makes a Drastic Move on the Biggest Video Game of the Year!

The buzz surrounding the release of Warner Bros. newest Batman video game, Batman: Arkham Knight had gamers all over the world ready to give up their $59.99 the minute the game was released. Sadly for PC Gamers, they will have to wait an unknown amount of time before playing the most anticipated video game of the year. Warner Bros. apparently ran into porting issues and says the game is unplayable on anything other than cutting-edge hardware.

Warner Bros. posted the following on the official Arkham Knight forum: “We want to apologize to those of you who are experiencing performance issues with Batman: Arkham Knight on PC. We take these issues very seriously and have therefore decided to suspend future game sales of the PC version while we work to address these issues to satisfy our quality standards. We greatly value our customers and know that while there are a significant amount of players who are enjoying the game on PC, we want to do whatever we can to make the experience better for PC players overall.”

Upset gamers can receive refunds, but their $59.99 won’t bring them the joy that Batman: Arkham Knight would have. Luckily, us here at The Heyman Hustle are Playstation guys.

Speaking of Batman, have you seen the THE TEASER TRAILER FOR BATMAN V SUPERMAN yet?! Of course, we’re HustleTweeting about Batman: Arkham Night, and you’re more than welcome to join the conversation by following The Heyman Hustle on Twitter HERE! You can also post your thoughts on our Facebook page HERE!  If you feel compelled to write us, please do so at HustleOnCrave (at) Gmail.com