Behind The Scenes: The Music of The Heyman Hustle 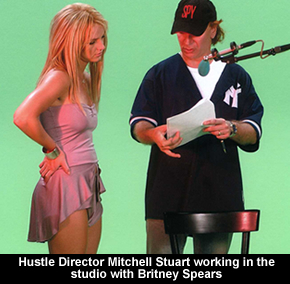 When Director Mitchell K. Stuart decided THE HEYMAN HUSTLE needed its own theme song, there was only one candidate in the running. “I wanted Dean Jarvis,”

Mitchell said this morning during our daily meeting, “I told Paul (Heyman) that Dean is one of the most respected and admired live and studio music gurus I have ever worked with, and with very good reason.”

A legendary Music Director whose work on the Bass Guitar has made him a “musician’s musician,” Dean Jarvis has worked with George Clinton and The Parliament Funkadelic, The Backstreet Boys (ok Hustlers, we know … we know …  but we like him anyway), and most notably Nelly Furtado.

“He’s a virtuoso talent who is not frightened by challenges or deadlines.” Mitchell said, “When I first met Dean, I was directing Nelly and her band in an online concert series at a time when her album, Loose was #1 everywhere on the planet.  Their willingness to rearrange her iconic songs into new acoustic arrangements for the program was in equal parts exciting and inspiring.”

Dean, who has always let the impressive body of his work speak for itself, told us in a rare interview, “When Mitchell called me about doing the theme for the Hustle, he sang the Mighty Mouse theme to me over the phone and asked if we could mix that with a crazy New York vibe with lots of guitars.  But we had to get it done in 3 hours to make the deadline!!! Love it! I had no reservations whatsoever,

because Mitchell knows what he wants and knows how to get it done. After a few variations and changes we had the theme written in no time. I love working with a Director who knows how to get things done when there are deadlines that have to be met.” 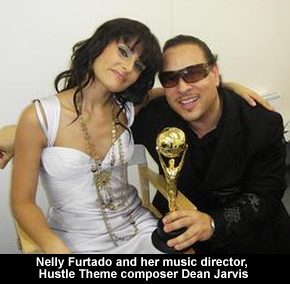 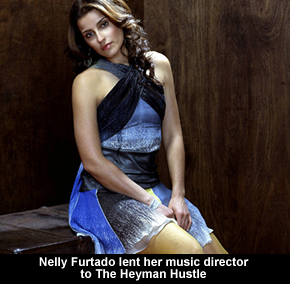 Our own Hustler De Tuti Hustlers, Paul Heyman himself laughed at the meeting this morning. “I just stayed out of it,” Paul blurted out, “anyone who has seen what Mitchell has done with artists like Coldplay,  Green Day, Fall Out Boy, Taylor Swift, Kanye West … I could keep going all day long …  is going to have the utmost confidence that when Mitchell says he’s having a custom song created, it’s being handled perfectly, no need to ask questions.”

“Then,” Paul added, “Mitchell said he’s reaching out for Dean Jarvis, and I knew we were in the best hands imaginable. I’m a huge fan of Nelly Furtado, and Dean Jarvis is an important key to her enormous success.”

So, what do Mitchell and Dean have in mind in terms of customized music for Season Two of the Hustle? “Can’t tell you,” Mitchell quipped with a wink, “we’re not close enough to deadline!”