Belle Knox Gets a Writing Credit ... From Time Magazine ... And It's This Time It's The Education System That Takes It Up The ... 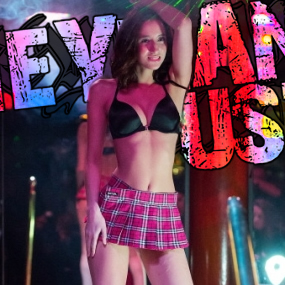 In a stunning editorial, Miriam Weeks peels off even more layers to expose the seedy underbelly of adult education!

Invoking the name of President Obama would be scandalous coming from the mouth (or pen … or keyboard) of an adult superstar (even Presidential wannabes like Sarah Palin can be the subject of a global controversy when taken on by … oh …. just for example … LISA ANN). But Weeks / Knox makes a very strong point.She writes:
“I want us to produce 8 million more college graduates by 2020, because America has to have the highest share of graduates compared to every other nation,” Obama said. Toward that end, he increased the amount and number of Pell Grants. Further boosting demand for a college, a moribund economy has made delayed entry into the workforce attractive and competition for jobs fierce. For years, lawmakers have worked toward the clear goal of making sure every American kid enrolls in college. Pell Grants aren’t the only method. Guaranteed loans have ensured every kid, regardless of credit score, parental income, or likely ability to repay, can borrow money to go to school. The federal government has for decades effectively subsidized college education through grants and loans, with predictable effects. Colleges today have zero incentive to lower tuition or make college more affordable. Either way, demand is high and the money will keep flowing. So why bother with thrift?

The manner in which Weeks / Knox articulates her plight is worthy of one’s attention. She laments:

I have considered dropping out of Duke. I have sacrificed more than my squeaky clean reputation to finance my education. Flying to shoots during breaks means I rarely see my family. And, of course, my choice to finance through porn has meant intense ridicule and harassment. I cannot tell you how difficult it is to hear my wealthy friends talk about all of the exciting summer plans in Greece or London they have, while I know I’m going to be working. I’m in that middle-class bind where many students find themselves. My parents make too much on paper to qualify for sufficient aid, but not enough to afford $47,000 a year. Alas, the plight of a middle-class student. I’m hardly the only student who’s struggling with these sky-high bills. Experts predict a massive student loan default on the horizon, on par with the last major mortgage crisis. And, like the mortgage crisis, it’s likely the banks and lenders will be bailed out, while the students will be saddled with wage garnishments and ruined credit. Government must stop the flow of money to schools in order to get tuition rates under control again. That means being honest about the fact that not every child should go to college. Only 59% of full-time, first-time undergraduate students who began their pursuit of a bachelor’s degree at a 4-year degree-granting institution graduate in four years. That also means making students who can’t afford tuition out of pocket find funding in the private market, where lenders are too judicious to lend someone $150,000 to get a BA in underwater basketweaving.

We here at THE HEYMAN HUSTLE give Ms. Weeks / Knox an A+.

Of course, we’re HustleTweeting about Miriam Weeks / Belle Knox and you’re more than welcome to join the conversation by writing us on twitter HERE or write to us directly at hustleoncrave@gmail.com Hey, have you checked out the Hustle’s Ultra High Quality You Tube Channel, with exclusive videos featuring OUR WORLD EXCLUSIVE WITH MIKE TYSON … BROCK LESNAR’S “HERE COMES THE PAIN” … ICE-T AND COCO’s SEX SECRETS … MMA BAD BOY NICK DIAZ … the list goes on and on, so if you’re not subscribing, you’re missing something … and by the ways cheapos, it’s FREE! Yes, absolutely 100 percent FREE! What are you waiting for? Check it out HERE!