Ben Affleck To Write, Direct and Star in a New Batman Movie 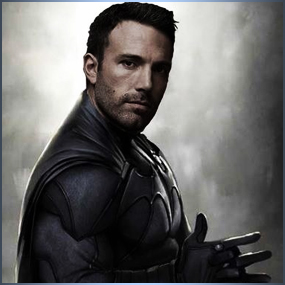 How will Affleck’s vision differ from Christopher Nolan’s Dark Knight?

Deadline had broken the news that Ben Affleck will take the helm of a Batman solo film set after the events of Batman v Superman: Dawn of Justice. Affleck, who is a major headline-grabber for the tabloids right now since he is in the middle of a divorce, will keep himself occupied by co-writing the script with Geoff Johns, and star in the as yet unnamed movie. “My studio sources tell me that Affleck and Johns are well in synch and have more than found their rhythm,” reported the respected Mike Fleming in a report first posted on the Deadline website. “In fact, they are likely to turn in a script before the end of the summer, prior to Affleck going off to direct Live By Night in November. Affleck postponed that pic to star in Batman V Superman: Dawn Of Justice.”

Geoff Johns is not a strange name to Batman fans, as the co-publisher of DC Comics.In addition to a much-heralded career in comics, he’s written significant work for Warner Bros. most currently successful television efforts, “Arrow and The Flash.”  Affleck’s film will be the first movie in a long time to involve Batman without involving the writing of David Goyer. No word yet on how Affleck’s vision for the Caped Crusader will differ from the Christian Bale performances in the Christopher Nolan trilogy which told the story of The Dark Knight.

Of course, we’re HustleTweeting about Ben Affleck, and you’re more than welcome to join the conversation by following the Hustle on Twitter HERE or write to us directly at hustleoncrave@gmail.com Hey, have you checked out the Hustle’s Ultra High Quality You Tube Channel, with exclusive videos featuring the #HUSTLEBOOTYTEMPTATS SUPERMODEL OF THE YEAR … OUR WORLD EXCLUSIVE WITH MIKE TYSON … BROCK LESNAR’S “HERE COMES THE PAIN” … ICE-T AND COCO’s SEX SECRETS … MMA BAD BOY NICK DIAZ … the list goes on and on, so if you’re not subscribing, you’re missing something … and by the ways cheapos, it’s FREE! Yes, absolutely 100 percent FREE! What are you waiting for? Check it out HERE