Blade Runner Sequel To Start Shooting in July, and YES, Harrison Ford is Back as Rick Deckard 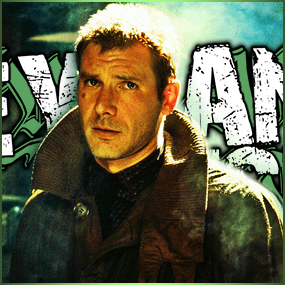 The long-rumored sequel is finally confirmed!

A sequel to director Ridley Scott‘s epic tale “Blade Runner” will start principal photography in July, according to a press release which also states that Sony Pictures International has acquired worldwide rights to the followup while Warner Bros. will distribute in North America.

The release confirms that Ryan Gosling will co-star alongside Harrison Ford who wil be reprising his role as Rick Deckard … and that Prisoners and Sicario director Denis Villeneuve will direct from a script by original co-screenwriter Hampton Fancher and Michael Green,

The concept for the film came from Green and Scott, who will serve as Executive Producer.

The story will be set several decades after the original film, which took place in a dystopian Los Angeles circa 2019 and followed Deckard as he pursued four “replicants” who had come to Earth illegally.

Scott was originally expected to direct the sequel but stepped aside to make way for Villeneuve, who will collaborate once again with Oscar-nominated cinematographer Roger Deakins on the film It should be noted Deakins also lensed Prisoners and Sicario.

LOS ANGELES, CA, JANUARY 25, 2016 –Sony Pictures Releasing International will distribute Alcon Entertainment’s follow-up to Ridley Scott’s 1982 masterpiece BLADE RUNNER in all overseas territories in all media; with Warner Bros. Pictures distributing in North America and Canada through its output agreement with Alcon, it was announced by Alcon co-founders and co-CEO’s Andrew Kosove and Broderick Johnson.

Denis Villeneuve is directing the film starring Ryan Gosling (The Big Short) and Harrison Ford (Star Wars) who is reprising his role as Rick Deckard. Hampton Fancher (co-writer of the original) and Michael Green have written the original screenplay based on an idea by Fancher and Ridley Scott. The story takes place several decades after the conclusion of the 1982 original.

States Kosove and Johnson: “We are excited to work with Tom Rothman, Michael Lynton and then entire Sony team on this very special project as well as maintaining our important and long-standing relationship with our domestic partner Warner Bros. Pictures.”

States Tom Rothman: “At Sony, we have made a strong commitment to the international marketplace. We know of few projects with greater international potential than the long dreamed of sequel to Blade Runner, especially given the all-star creative team Andrew and Broderick have assembled. We are deeply grateful to everyone at Alcon, Denis and Ridley for entrusting us with such a gift. Working on a Blade Runner film also fulfills a long-time personal ambition, as I deeply love and admire the original.”

Among its many distinctions, BLADE RUNNER has been singled out as one of the greatest movies of all time by innumerable polls and media outlets, and overwhelmingly as the greatest science-fiction film of all time by a majority of genre publications.

Released in 1982 by Warner Bros. Pictures, BLADE RUNNER was adapted by Hampton Fancher and David Peoples from Philip K. Dick’s novel Do Androids Dream of Electric Sheep? and was directed by Ridley Scott, following his landmark film, Alien. The film was nominated for two Academy Awards (Best Visual Effects, and Best Art Direction) and is now regarded by media and cineastes as one of the greatest movies of all time and the defining vision of the cyberpunk genre.

Of course, we’re HustleTweeting about Blade Runner, and you’re more than welcome to join the conversation by following the Hustle on Twitter HERE or write to us directly at hustleoncrave@gmail.com. Hey, have you checked out the Hustle’s Ultra High Quality YouTube Channel, with exclusive videos featuring Backstage with Brock Lesnar and Paul Heyman… The Footage “They” Never Wanted You To See … UFC Bad Boy Nick Diaz’s Wildest Video Ever … Behind The Scenes at WrestleMania … ICE-T and Coco’s Sex Secrets … the list goes on and on, so if you’re not subscribing, you’re missing something … and by the ways cheapos, it’s FREE! Yes, absolutely 100 percent FREE! What are you waiting for? Check it out HERE!

In this article:Blade Runner, Harrison Ford