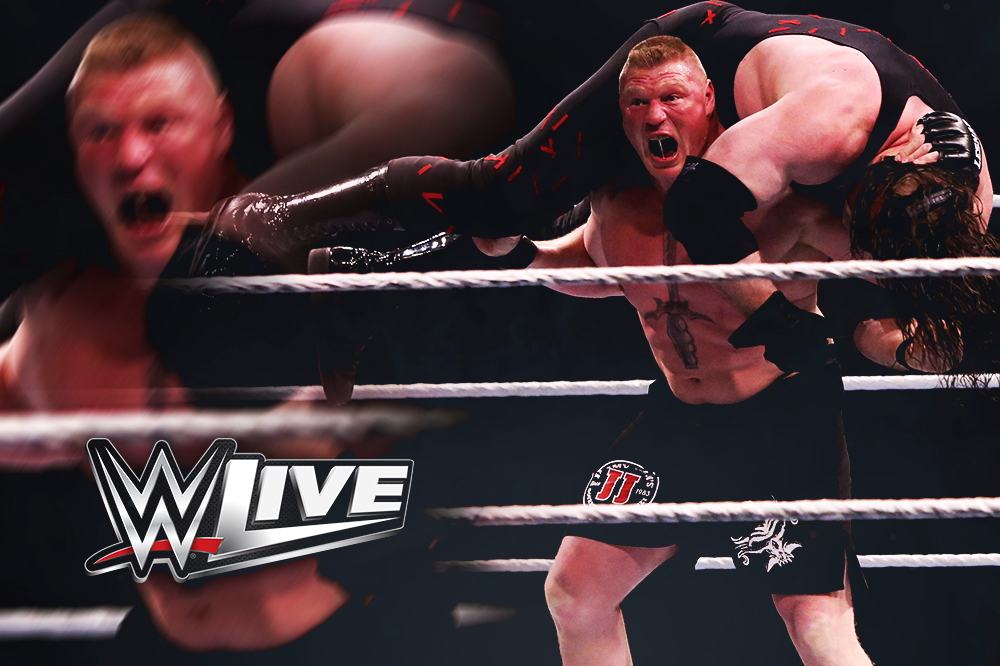 WWE Universal Champion Brock Lesnar made perhaps his final live event appearance ever by defeating Kane and Braun Strowman in defense of his Universal Championship in Boston. The Heyman Hustle‘s very own Bruno Silveira was on hand to provide EXCLUSIVE coverage, which you can find by checking out the photo gallery on this page. We’re HustleTweeting about Brock Lesnar (and his Advocate, our boss Paul Heyman), and you are more than welcome to join the conversation on the Hustle Twitter HERE and also on our hyper-interactive Facebook page HERE!