"Blood Money" Kicks Off The Final Season of "Breaking Bad" 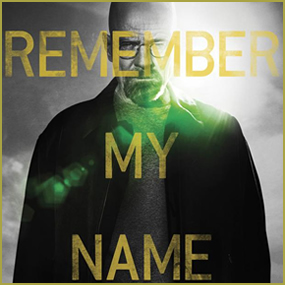 The highly-acclaimed series is coming to an end. And it’s going to be epic. Here’s what you missed in the first of the last episodes!

Walter White vs Hank Schrader. And many other enemies. It’s all starting to come to and end for Bryan Cranston’s character on the amazing, groundbreaking series Breaking Bad, which made a return from an 11 month-long mid-season hiatus with one of the best episodes the series has ever presented.

Dean Norris’ character, DEA agent Hank Schrader came to blows with Walter White after Hank, after all this time, figured out Walter’s secret identity in the conclusion of the episode from 11 months ago, “Gliding Over All.”

In this mid-season premiere, Hank held nothing back while accusing his brother-in-law of running one of the biggest meth operations in the Southwestern United States, and now we know the major storyline thread in the final episodes of the AMC series.

“Blood Money” kicked off with a pack of local teen skaters in an empty swimming pool, a location fans of the show will instantly recognize. In a scene set in the show’s near-future, a wide shot reveals Walter White’s residence to be long-since condemned. Gets you thinking, doesn’t it?

The opening scene takes place after Walter was shown cryptically dining at an Albuquerque, New Mexico Denny’s restaurant and carrying a fake New Hampshire license on his 52nd birthday in the season 5 premiere, “Live Free or Die,” also set several months ahead of the normal events of the series.

In the “Blood Money” opening, Walter breaks into his dilapidated house to see the word “Heisenberg” spray-painted across his living room wall. Everyone now knows the former chemistry teacher’s secret.

Walter goes into his bedroom, where we see a mirror has been shattered, foreshadowing upcoming tragic events. In the scene, he also extracts a small vial of ricin he had previously hidden behind an electric outlet. What’s he going to use it for? We’ll have to wait to find out, as the rest of the episode takes place in the series’ present-day. Nice tease.

“Blood Money” then shifts back to the small family get-together,  previously seen in “Gliding Over All.” Hank has just discovered the Walt Whitman book “Leaves of Grass,” containing a major clue to Heisenberg’s identity. The DEA agent has a panic attack as his world starts to crash around him.

As Hank and Marie quickly leave the backyard gathering, Walter gets the chance to say hello to his neighbor, Carol, who will have a very different reaction to the cancer patient as time goes by.

Hank takes several days off from work following a small car accident and spends all his time inside his garage going over evidence in the Heisenberg case. His suspicions about his brother-in-law are quickly confirmed. Walter isn’t stupid either, and soon realizes what Hank is up to, especially after discovering a GPS tracking device hidden under his car, the same type of bug Hank had once hidden under Gus’ car parked at Los Pollos Hermanos.

But alas, Walter’s world is crumbling, as Hank isn’t his only problem.

Former associate Lydia shows up unexpectedly at the car wash business, insisting that Walter return to cooking meth since the product has become less pure lately. Skyler (played by Anna Gunn) realizes what’s going on and confronts Lydia, threatening her and telling her to leave her husband alone. This is certainly not the last we’ve seen of Lydia, and she seems poised to come back for revenge following Walter White’s refusual to get back into the business.

Walt’s old partner, Jesse Pinkman (played by the excellent Aaron Paul) is trying to give $2.5 million to the family of one of their young victims, Drew Sharp, and another $2.5 million to the granddaughter of “missing” associate Mike Ehrmantraut. Bad Ass Attorney Saul Goodman realizes the suspicions such large donations will create and quickly informs Walter, who tries to have a series talk with Pinkman. It’s here when it’s revealed the shocking news Walter’s cancer has returned, even though he doesn’t immediately inform his family.
Walter’s true nature is on full display when he talks to Jesse, swearing off any knowledge of Mike’s whereabouts, even though he knows full well of their former drug partner’s fate. Walter also reminds Jesse that they must move on from the past.

“You’re out [of the meth business], and so am I,” Walter tells Jesse, who  doesn’t believe him.

“Blood Money” ends with the fantastically intense garage confrontation between Hank and Walt.

“I don’t know who you are, I don’t even know who I’m talking to,” Hank tells the man he’s been searching for incessantly over the years, who was all the while right under his nose.

If Hank really doesn’t know his true nature, Walter points out that perhaps Hank’s “best course of action would be to tread lightly.”

And we’re only just begun!

Of course, we’re HustleTweeting about “Breaking Bad” and you’re more than welcome join us by following us on twitter HERE or write us directly at hustleoncrave@gmail.com  Hey, have you checked out the Hustle’s Ultra High Quality You Tube Channel, with exclusive videos featuring OUR WORLD EXCLUSIVE WITH MIKE TYSON … BROCK LESNAR’S “HERE COMES THE PAIN” … ICE-T AND COCO’s SEX SECRETS … TEEN SENSATION TAYLOR MOMSEN … UFC BAD BOY NICK DIAZ … THE WALKING RIOT MISSY HYATT if you’re not subscribing, you’re missing something … and by the ways cheapos, it’s FREE! Yes, absolutely 100 percent FREE! What are you waiting for? Check it out HERE!