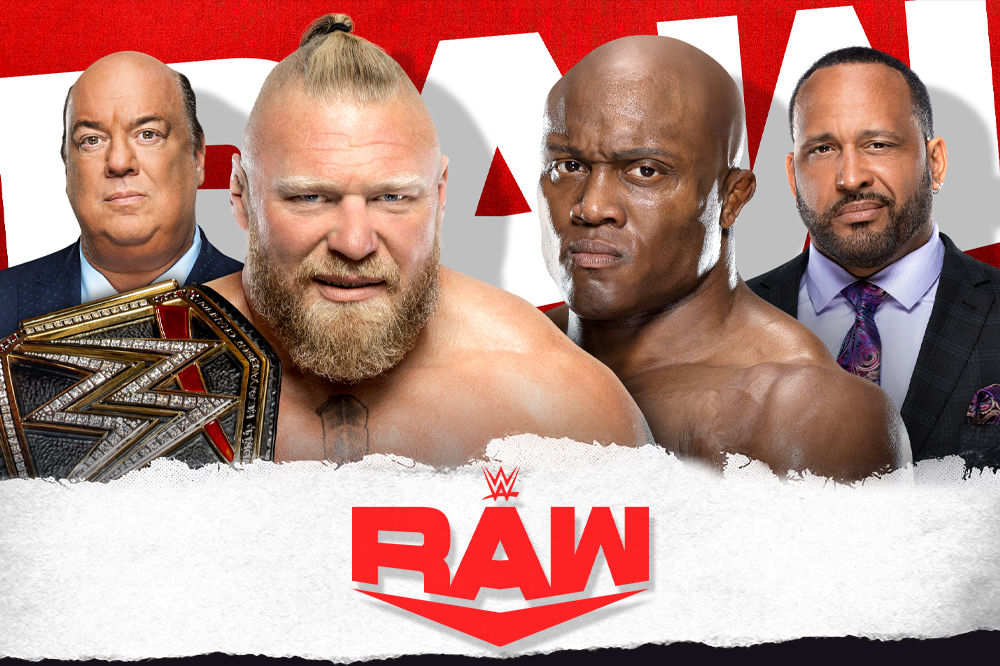 WWE Heavyweight Champion Brock Lesnar and former champion Bobby Lashley will see each other one more time before this Saturday’s Royal Rumble mega-event, when Lesnar (along with our boss, his #Advocate Paul Heyman) will defend the title against Lashley (accompanied by MVP).

The final stop on Raw before Royal Rumble will find WWE Champion Brock Lesnar and “The All Mighty” Bobby Lashley in the same ring one more time.

Ahead of their “Collision with Consequences” on January 29 in St. Louis, the two behemoths will weigh in for their matchup this Monday on Raw.

What will unfold when The Beast and The All Mighty once again cross paths prior to squaring off for the WWE Championship?

We’re HustleTweeting about the Lesnar vs Lashley, and you’re more than welcome to join the conversation on the Hustle Twitter HERE … on our ridiculously sensational Instagram HERE … or on our Facebook page HERE!