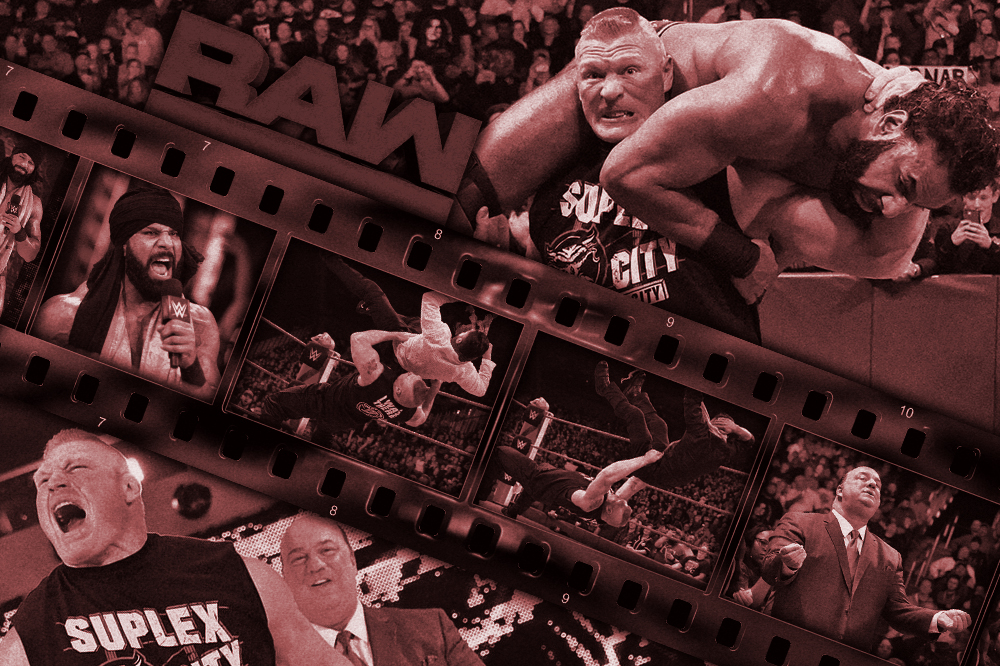 With WWE Survivor Series taking place this Sunday at the Staples Center in Los Angeles, Universal Champion Brock Lesnar and his Advocate (our boss) Paul Heyman rolled into Kansas City, Missouri to make a statement … and an impact. They did both.

One year ago, Jinder Mahal was WWE Champion and heading toward a Champion vs. Champion clash with Brock Lesnar at Survivor Series that he himself had demanded. It was, unquestionably, the biggest match of his life. But of course, then AJ Styles happened, and the rest is history. Nonetheless, as Lesnar and Styles close in on a Champion vs. Champion rematch at this year’s Survivor Series, The Modern Day Maharaja finally met The Conqueror face-to-face in a misguided attempt to pass on some hard-won wisdom to the Beast he had once hoped to defeat.

Rather than challenge Lesnar, who was returning to Raw for the first time since recapturing the Universal Championship, The Maharaja wanted to preach his mantra to The Conqueror as a way to help prepare him spiritually for the challenge of The Phenomenal One. Surprisingly, Lesnar agreed, though Jinder only got through a couple repetitions of “Shanti” before Lesnar clotheslined Mahal out of the ring, sent The Singh Brothers to Suplex City, and flattened The Maharaja with an F-5 outside the ring.