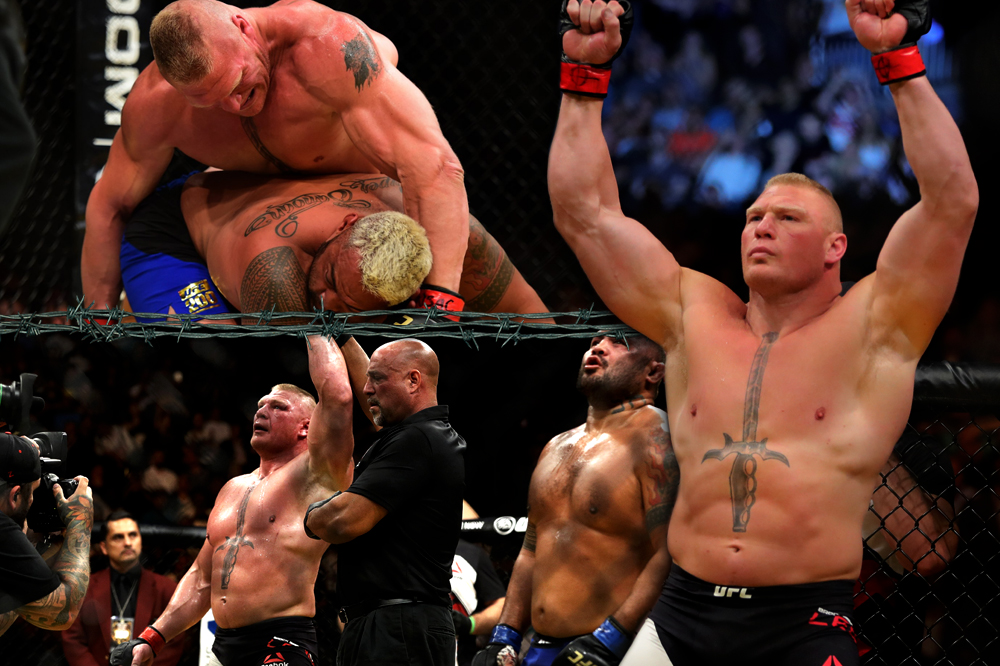 Brock Lesnar returned to the Octagon after almost five years and defeated the number eight ranked heavyweight in the world, one-punch-knockout-artist Mark Hunt via unanimous decision, with all three judges scoring the fight 29-27. The fight was the co-main event for the historic UFC 200 mega-event at the T-Mobile Arena in Las Vegas.

“Oh, man, it took me a little while to get acclimated,” Lesnar said. “Words can’t describe it. Thank you, everybody. Thanks so much.”

Just days shy of his 39th birthday, Brock Lesnar‘s return came at a perfect time for UFC, the world’s premier mixed martial arts organization which is reportedly in the midst of a sale worth four billion dollars.

“People don’t realize, for a guy who only fought a few times in this sport, then goes away for as long as he has, his age and everything … to come back and do what he did tonight is pretty impressive,” noted UFC President Dana White on ESPN SportsCenter.

We are HustleTweeting about Brock Lesnar and UFC 200, and you’re more than welcome to join the conversation on the Hustle Twitter HERE and also on our hyper-interactive Facebook page HERE!