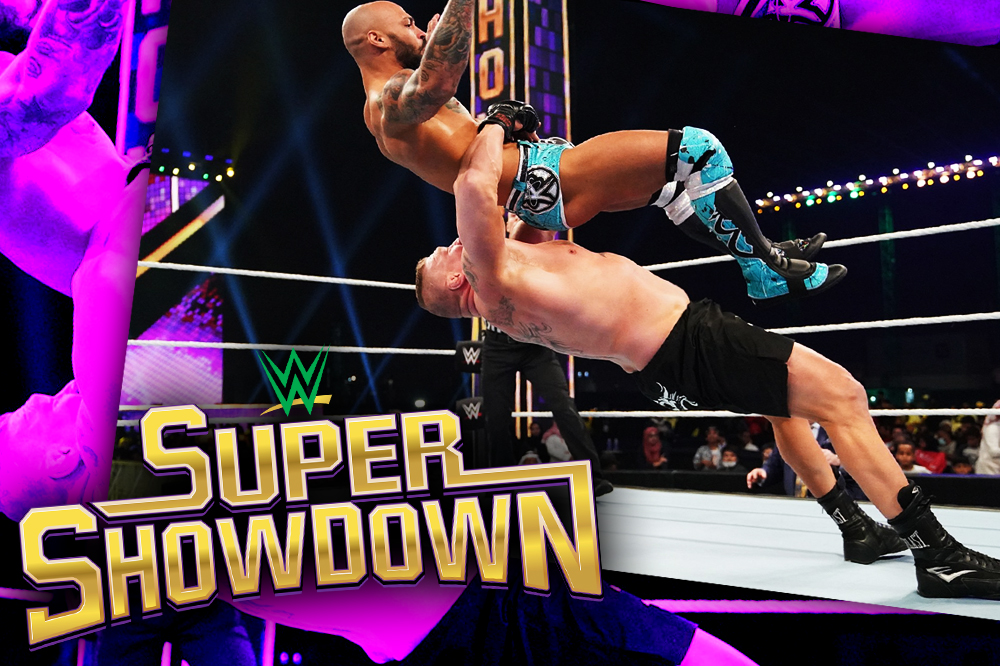 WWE Champion Brock Lesnar jetted to Riyadh, Saudi Arabia to defend his championship. As his Advocate Paul Heyman watched from ringside, The Beast Incarnate made short work of Ricochet. According to WWE.com:

Buckle up, Drew McIntyre — you’ll have to go through Suplex City to become WWE Champion.

Brock Lesnar made an example out of Ricochet, destroying one of WWE’s most talented highflyers to retain his title and punch his ticket to WrestleMania, where he’ll defend his title against McIntyre.

An F-5 put an exclamation point on the short-lived bout and represented the first step toward Lesnar achieving retribution for his elimination in the Royal Rumble Match, where he was low-blowed by Ricochet before being eliminated by McIntyre’s Claymore.

But Lesnar and McIntyre’s confrontation on The Grandest Stage of Them All will be under very different circumstances. The Beast showed that McIntyre will have to dig deeper than ever to get the better of him a second time.

We’re HustleTweeting about WWE Super ShowDown, and you’re welcome to join the conversation on the Hustle Twitter HERE and also on our hyper-interactive Facebook page HERE!