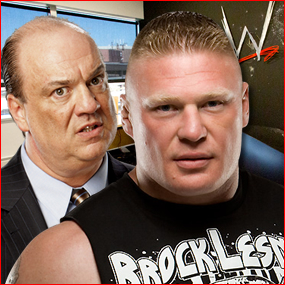 Our Very Own Hustler De Tuti Hustlers appeared via satellite on WWE Monday Night RAW and presented the EXCLUSIVE footage shot on his iPhone of Brock Lesnar’s destruction of Triple H’s executive office!

In what will go down in history as one of the wildest and most #EXTREME moments in WWE history, our very own Hustler De Tuti Hustlers Paul Heyman arrived at WWE World Headquarters in Stamford, Connecticut, and used his iPhone to shoot EXCLUSIVE footage of Brock Lesnar trashing Triple H’s corporate office. According to WWE.com:

Brock Lesnar is better versed than most in the ways of wanton destruction, but “The Beast Incarnate” may have one-upped himself earlier today when he paid an unannounced visit to WWE HQ alongside Paul Heyman for some vague, nefarious purposes that kept the desk-dwelling denizens of Titan Tower on their toes for the majority of the day. Turns out, as Paul Heyman revealed via satellite, Lesnar had come to confront Triple H in his office. But with the COO absent and unable to fight, The Anomaly settled for some impromptu remodeling and laid waste to The Game’s workspace with a sledgehammer, threatening WWE employees in the process. Still, Lesnar’s volcanic case of the Mondays wasn’t the end of the matter, as Triple H himself arrived to respond to the invasion before Heyman could even finish his story. With Heyman untold miles away, another incident between The Game and the mad scientist was unlikely. But The King of Kings did issue an open invite for Heyman and Lesnar to meet him face to face in his “other” office: the ring.

Of course, we’re HustleTweeting about Brock Lesnar vs Triple H at WWE Extreme Rules, and you’re more than welcome to join the conversation by following us on twitter HERE or write us directly at hustleoncrave@gmail.com  Hey, have you checked out the Hustle’s Ultra High Quality You Tube Channel, with exclusive videos featuring OUR WORLD EXCLUSIVE WITH MIKE TYSON … BROCK LESNAR’S “HERE COMES THE PAIN” … ICE-T AND COCO’s SEX SECRETS … TEEN SENSATION TAYLOR MOMSEN … UFC BAD BOY NICK DIAZ … THE WALKING RIOT MISSY HYATT if you’re not subscribing, you’re missing something … and by the ways cheapos, it’s FREE! Yes, absolutely 100 percent FREE! What are you waiting for? Check it out HERE! 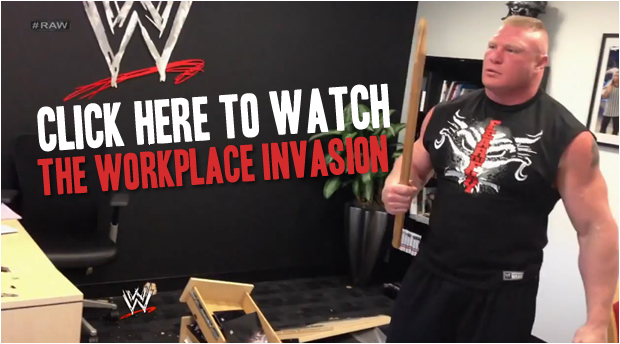