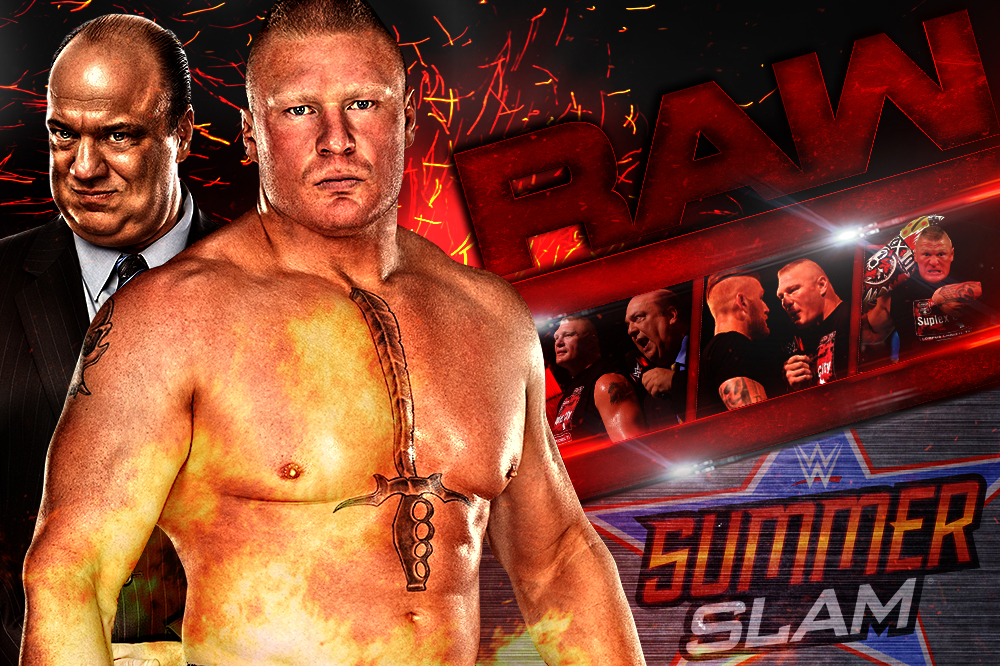 The Beast and Our Boss Paul Heyman Deliver a Message to Randy Orton Right Before WWE SummerSlam!

On the final WWE Monday Night RAW before this Sunday’s SummerSlam mega-event from the Barclays Center in Brooklyn, New York, Brock Lesnar appeared live in Corpus Christi, Texas along with his Advocate, our boss, the Hustler De Tuti Hustlers Paul Heyman … but then something went in a totally different direction. According to WWE.com:

You know the phrase “a man will do anything for his family”? Well, for Heath Slater, that includes interrupting Brock Lesnar and Paul Heyman’s final, pre-SummerSlam message to Randy Orton to call The Beast out, as Raw management had promised the hottest free agent in the game a Team Red contract if he took on Lesnar and won.

There’s something to be said for bravery, and Lesnar, for what it’s worth, admitted he respected Slater’s guts before annihilating him. And annihilate Slater he did, sending The One Man Band to Suplex City and F-5 alley before Heyman took hold of the mic and did what he does best. Heyman hyped SummerSlam by promising unparalleled dominance on behalf of The Beast Incarnate and a beatdown for Randy Orton that would go down in the record books.

Of course, we’re HustleTweeting about WWE SummerSlam, and you’re more than welcome to join the conversation on the Hustle Twitter HERE and also on our hyper-interactive Facebook page HERE!