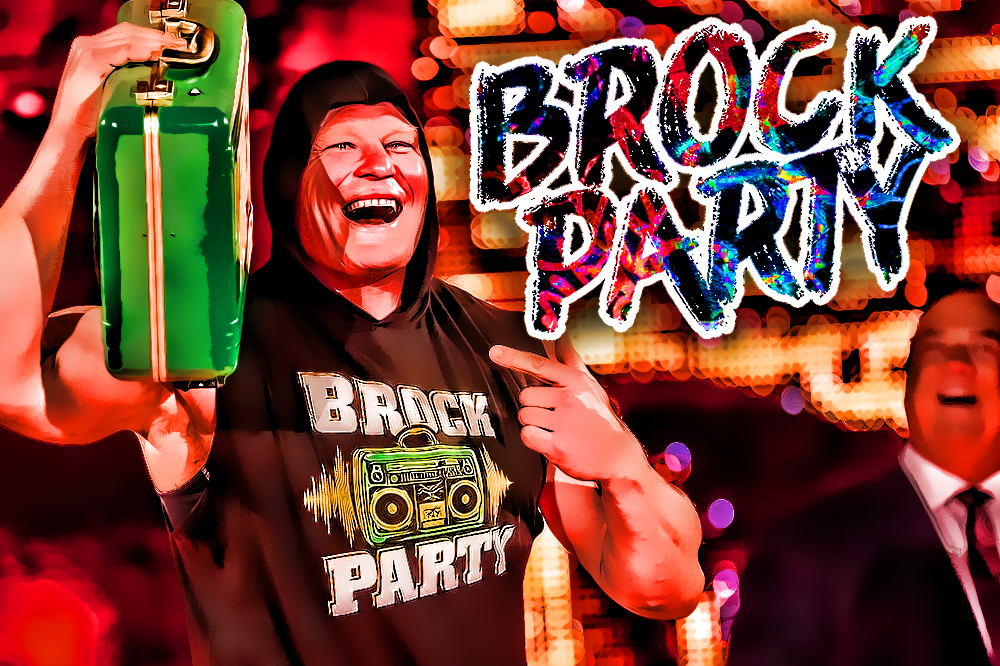 There was a Brock Party on WWE Monday Night RAW, as reported by our friends at WWE.com:

When last we left Seth Rollins and Kofi Kingston, they were standing on the sidelines of Brock Lesnar’s waiting game, and it doesn’t look like things are going to get any better for them. The Beast Incarnate was scheduled to select which World Champion he was going to call his shot against as the Money in the Bank contract-holder, but in typical Lesnar fashion, he opted to zig rather than zag at the last second after Rollins left the ring in protest over The Conqueror’s disrespectful flaunting of his case, now a fully functional “Beast Box” with the ability to control the sound in the arena. (He kept using it to play his prospective challengers’ theme songs.) As a result of The Beastslayer’s defiance, Lesnar and Paul Heyman announced they were putting off their decision, leaving the two champions to twist in the wind just a little while longer.

This was of particular frustration for Kingston, who Wild-Carded over from SmackDown LIVE for the sole purpose of goading Lesnar into a cash-in that The Dreadlocked Dynamo hoped to win and cement his legacy. That he apparently did so for nothing was inconvenient enough, but things somehow got worse for the beloved WWE Champion after Lesnar exited and a street-clothes clad Dolph Ziggler slid into the ring and ambushed Kofi in an echo of last Tuesday’s unexpected bushwhacking. Luckily, this time, Xavier Woods was on hand to prevent The Showoff from doing too much damage, though Kingston suffered a crushing Zig Zag on the ramp before Woods chased off Ziggler.