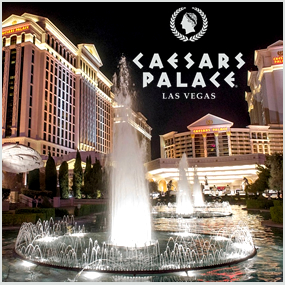 The financial woes that have taken down Atlantic City are not exclusive to the East Coast gambling mecca. Las Vegas is feeling the pinch, too. And now comes news that Caesars Entertainment Co. is about to make headlines by having its largest unit file for bankruptcy as early as tomorrow morning, the final gambit of a years-long attempt to salvage a soured buyout.

Caesars Entertainment Operating Co.’s Chapter 11 filing would launch the final stage of Apollo Global Management LLC’s effort to save some of its $1.7 billion investment in the company, which it took private in 2008 with fellow buyout firm TPG.

A Chapter 11 petition would follow months of contentious negotiations with creditors, a who’s who of Wall Street investors. The unit’s collection of casinos and hotels, including much of the Las Vegas Strip’s iconic Caesars Palace, is expected to operate normally as it works to persuade a judge to approve a restructuring plan that would transform it into a real-estate investment trust.

Eric Seiler, an attorney for the gambling company, told a Delaware corporate law judge Tuesday that Caesars Entertainment Operating Co. would file for bankruptcy “on or about” Thursday. Seiler’s comments came after a group of creditors sought Monday to force the unit into bankruptcy through an involuntary Chapter 11 petition. It isn’t clear where the unit will file bankruptcy papers.

But in an unusual move later Tuesday, Appaloosa Management, Tennenbaum Capital Partners LLC and Oaktree Capital Management asked the Delaware bankruptcy court to prevent the unit from filing for Chapter 11 elsewhere while the involuntary petition is pending there.

The restructuring is likely to test how far an owner can go to protect its own interest in bankruptcy. In recent years, Apollo has engineered a series of aggressive financial moves that have positioned the buyout firm to keep a significant stake in the gambling empire even though many creditors aren’t in line for a full repayment. Some creditors have already challenged those transactions in court, an indication that Apollo may yet be in for a fight despite reaching a restructuring deal with most of the unit’s senior bondholders.

Bankruptcy isn’t the outcome Apollo and TPG had in mind in late 2006 when they teamed up to buy the casino giant, then known as Harrah’s Entertainment Inc. That year, the Las Vegas Strip and Atlantic City, major hubs for the casino operator, shattered prior gambling revenue records.

But the world changed by the time the buyout closed in January 2008. Consumers began cutting back on spending as the U.S. financial crisis took hold, and the company’s $22 billion post-buyout debt load quickly became a bigger burden than its buyers had anticipated.

Caesars also encountered another problem: Its efforts to secure a gambling license in Macau failed. This is where most experts point the finger to the demise of Caesars.

Over the past decade, the Chinese territory has become the world’s biggest gambling market, with seven times the revenue of the Las Vegas Strip. Though the financial crisis took a toll on rivals MGM Resorts International, Wynn Resorts Ltd. and Las Vegas Sands Corp., revenue from Macau operations has revived their balance sheets.

Meanwhile, Caesars’ debt has limited any expansion to modest projects unlikely to contribute much to its bottom line. And Atlantic City, the one place where Caesars had been dominant, went into freefall last year, forcing a handful of casinos to close, including Caesars’ Showboat. The parent company has posted losses for each of the last four years, and its total liabilities have climbed to $28.2 billion.

Most of the debt stemming from the buyout is concentrated in Caesars Entertainment Operating Co., the unit expected to file for Chapter 11 protection. In recent years, its owners transferred properties, such as Caesars Palace’s upscale Octavius Tower, to other entities controlled by the parent company.

Some creditors have said these transfers moved valuable assets out of their reach. This past November, a trustee representing senior bondholders filed a lawsuit in Delaware’s Court of Chancery alleging that the assets transferred out of the unit were worth at least $3.6 billion more than the unit received for them.

Caesars and Apollo have defended the moves. Apollo defends its companies “using all the tools available to us,” which was stated by Apollo spokesman Charles V. Zehren earlier this month.

Apollo’s maneuvering led to sometimes bitter negotiations with some of the world’s most experienced distressed-debt investors, including Blackstone Group LP’s GSO Capital Partners, Elliott Management Corp., Oaktree and Appaloosa. Their disputes occasionally spilled into public view. In the November lawsuit, the trustee for the senior bondholders called the Caesars transfers “a case of unimaginably brazen corporate looting.”

Though the unit’s senior lenders still haven’t agreed to back the restructuring, Caesars managed to win the support of its senior bondholders. Senior creditors are slated to get an ownership stake in the new REIT created in the restructuring, along with a mixture of cash and new debt.

Junior bondholders, meanwhile, are slated to recover far less than the senior creditors. A group of these creditors sent a strong signal of their displeasure with the deal earlier in the week when they asked a judge to force the unit into bankruptcy through an involuntary Chapter 11 petition.

A Caesars Entertainment Operating Co. filing would stand out amid a slow period for mega bankruptcies, during which ultralow interest rates have enabled even the riskiest companies to borrow. It would be the largest bankruptcy since Energy Future Holdings Corp., another boom-era buyout formerly known as TXU, sought Chapter 11 protection last April.

The filing comes at the tail end of a shakeout among the multibillion-dollar buyouts that preceded the financial crisis. Some, including silicone and quartz producer Momentive Performance Materials Inc. and textbook publisher Cengage Learning Inc., ended up in bankruptcy court. Others, like real-estate brokerage owner Realogy Holdings Corp. and hotel giant Hilton Worldwide Holdings Inc., weathered the downturn and generated profits for their owners. If the restructuring goes as planned for Caesars’s owners, Apollo and TPG will keep a stake in the parent company, allowing them to share in the upside if its fortunes improve.

Of course, we’re HustleTweeting about Caesars’ Bankruptcy and you’re more than welcome to oin the conversation by following the Hustle on Twitter HERE or write to us directly at hustleoncrave@gmail.com Hey, have you checked out the Hustle’s Ultra High Quality You Tube Channel, with exclusive videos featuring OUR WORLD EXCLUSIVE WITH MIKE TYSON … BROCK LESNAR’S “HERE COMES THE PAIN” … ICE-T AND COCO’s SEX SECRETS … MMA BAD BOY NICK DIAZ … the list goes on and on, so if you’re not subscribing, you’re missing something … and by the ways cheapos, it’s FREE! Yes, absolutely 100 percent FREE! What are you waiting for? Check it out HERE!