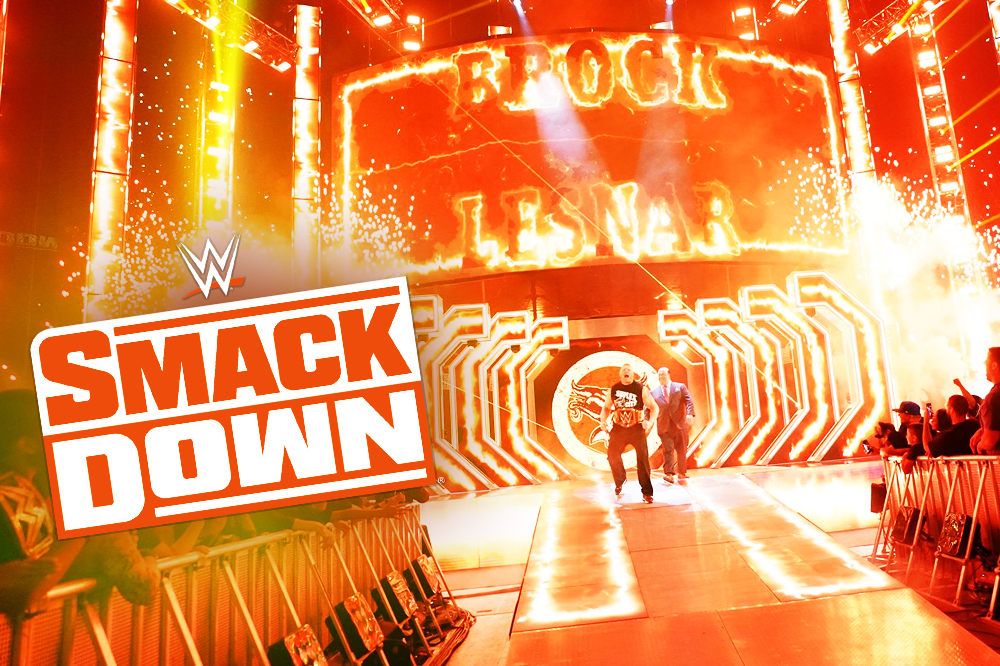 As everyone in WWE gets ready for Crown Jewel, WWE Champion Brock Lesnar (and his Advocate, our boss Paul Heyman) appeared on Friday Night Smackdown on FOX, only to be confronted by Rey Mysterio and former UFC Heavyweight Champion Cain Velasquez. According to WWE.com:

After Cain Velasquez made his shocking arrival to WWE last Friday, WWE announced earlier today that he would challenge WWE Champion Brock Lesnar for the title at WWE Crown Jewel. Following the earth-shattering announcement, The Beast and Paul Heyman arrived on SmackDown on FOX with quite a bit on their minds.

Lesnar’s advocate spoke prolifically on Cain Velasquez’s defeat of Brock Lesnar at UFC 121 in 2010, making it clear that his client does not fear Cain or even fear itself. Instead, The Beast conquers his fears, and at WWE Crown Jewel, Heyman promised that The Anomaly would conquer Velasquez. However, before Heyman could continue, he was interrupted by Velasquez and Rey Mysterio, who came equipped with footage of Cain’s defeat of Lesnar in UFC in 2010. The Greatest Mask of All Time promised that Cain would once again defeat Brock at WWE Crown Jewel for the WWE Title.

We’re HustleTweeting about WWE SmackDown on Fox, and you’re welcome to join the conversation on the Hustle Twitter HERE and also on our hyper-interactive Facebook page HERE!