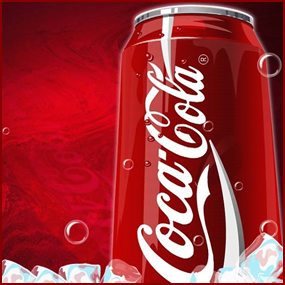 In a stunning attempt to curtail the bad publicity surrounding artificial sweeteners, the world’s most famous carbonated beverage is coming out swinging … IN FAVOR of aspartame!

It’s a move that will surely be remembered as one of Coca-Cola’s boldest. The iconic brand plans to run its first ad defending the safety of artificial sweeteners this week, a move that comes as the company looks to stem declining sales of diet soda.

The print ad will run in USA Today in the Atlanta area, followed by the Atlanta Journal Constitution on Thursday and the Chicago Tribune next week. The ad will say that diet drinks can help people manage their weight and stresses the scientific evidence showing the safety of aspartame, which is more commonly known under the brand name NutraSweet.

The ad represents the next phase of a campaign Coke launched in January to push back at critics who blame its sugary drinks for fueling obesity rates. The first wave of ads outlined Coke’s commitment to fighting obesity and pointed to the many diet options it offers. Now, the company is trying to reassure people that those lower-calorie drinks aren’t harmful.

“Coke is trying to get out front and proactively defend these diet sweeteners,” said John Sicher, editor of Beverage Digest.

The Food and Drug Administration says aspartame may be safely used in foods as a sweetener, and the ingredient can be found in a wide array of other type of drinks and foods. The American Cancer Society also notes that most studies using people have found that aspartame is not linked to an increased risk of cancer, including the largest study on the topic.

Still, some feel there may be effects from consuming large quantities of artificial sweeteners over a lifetime that haven’t been detected. Artificial ingredients in general are also falling out of favor as people increasingly move toward organic and natural ingredients.

“Even if (aspartame is) 100 percent safe to use, it’s still problematic from a nutrition standpoint,” stated Andy Bellatti, a registered dietitian based in Las Vegas, during a recent interview with the Associated Press.

Bellatti, a noted critic of the soda companies in general, noted that foods and drinks aren’t good for people just because they don’t have any calories or have been shown to be safe. He added that ingredients such as aspartame only keep people hooked on sweets over more wholesome choices.

It has been reported that both Coca-Cola and rival PepsiCo Inc. are also working to come up with a drink that uses natural, low-calorie sweeteners.

This summer, Coca-Cola rolled out a version of its namesake soda sweetened with stevia in Argentina, a smaller market where it can better gauge how the drink performs. Stevia comes from a plant of the same name.

In a report posted by the AP: Notably, Coca-Cola’s ad softpedals the fact that it is about artificial sweeteners, a sign that the company wants to be cautious about a sensitive topic. The ad features a picture of two women under the heading “Quality products you can always feel good about,” with several paragraphs of text underneath. “Time and again, these low- and no-calorie sweeteners have shown to be safe, high-quality alternatives to sugar,” it states.

Caren Pasquale Seckler, vice president of social commitment at Coca-Cola, said the goal is to clear up the confusion around diet sweeteners. She said the company will gauge the response in Atlanta and Chicago before expanding the push.

Rhona Applebaum, chief science and health officer at Coca-Cola, said the company plans to increase the free webinars the site provides for registered dietitians and other health care professionals who want to earn continuing education credits to maintain their professional licenses.

Of course, we’re HustleTweeting about Coca-Cola’s new campaign, and you’re more than welcome to join us by following us on twitter HERE or write us directly at hustleoncrave@gmail.com  Hey, have you checked out the Hustle’s Ultra High Quality You Tube Channel, with exclusive videos featuring OUR WORLD EXCLUSIVE WITH MIKE TYSON … BROCK LESNAR’S “HERE COMES THE PAIN” … ICE-T AND COCO’s SEX SECRETS … TEEN SENSATION TAYLOR MOMSEN … UFC BAD BOY NICK DIAZ … THE WALKING RIOT MISSY HYATT if you’re not subscribing, you’re missing something … and by the ways cheapos, it’s FREE! Yes, absolutely 100 percent FREE! What are you waiting for? Check it out HERE!