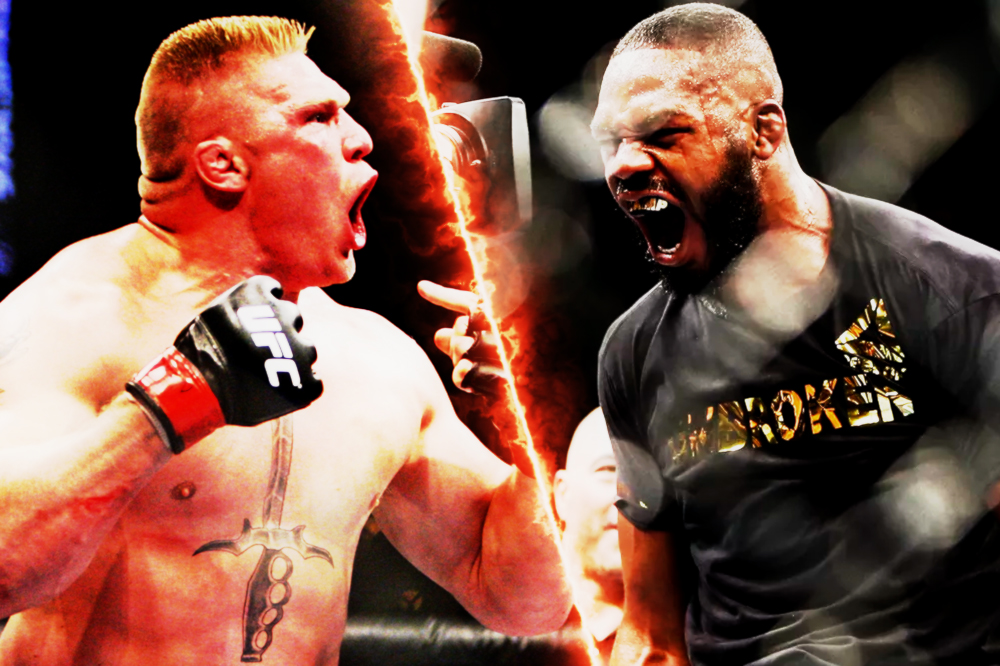 Damon Martin, one of the most respected journalists covering mixed martial arts, has posted a report on MMA Weekly covering UFC main eventer Jon Jones’ desire to fight current WWE Universal Champion and former UFC Heavyweight Champion Brock Lesnar. According to Martin’s report, which was posted just under an hour ago:

Rumors began swirling a week ago that former heavyweight champion Brock Lesnar was once again contemplating a return to the UFC as his current deal with the WWE is set to come to an end next year.

Lesnar retired from the sport after he was suspended for one year after testing positive for a banned substance surrounding his last fight with Mark Hunt at UFC 200. Of course, the UFC shot down the reports because Lesnar would have to re-enter the drug testing pool with USADA (United States Anti-Doping Agency) to serve out the remainder of his suspension before he could even contemplate another fight.

Still the mere mention of Lesnar’s name got people talking and that resulted in former light heavyweight champion Jon Jones addressing the possibility of meeting him in a super fight should he ever decide to return to the UFC.

“I would love to fight Brock Lesnar,” Jones said during a Facebook Live chat. “He’s a massive dude, it would be a massive draw, really big for the sport. It would be a great challenge. That’s a big old boy.”

Despite his desire to welcome Lesnar back to the Octagon, Jones doesn’t believe the former UFC champion would actually accept his invitation but it’s a challenge he’d love to accept.

Jones has already stated just recently that he believes he is the greatest fighter of all time and adding a name like Lesnar to his resume would only boost his status as the best to ever compete in mixed martial arts.

“I doubt Brock Lesnar would take that fight though,” Jones said. “I definitely wouldn’t try to wrestle with him the whole time. I’m not going to tell you what I would do.”

Of course a ton of obstacles would still stand in the way of that fight actually happening, but Jones seems up to the challenge if Lesnar ever decides to put the gloves back on and compete again.

There’s little doubt that a Jones vs. Lesnar fight would more than likely be one of the biggest draws in UFC history. Now it’s just a matter of whether or not it will ever actually happen.

We’re HustleTweeting about Jon Jones and Brock Lesnar, and you’re more than welcome to join the conversation on the Hustle Twitter HERE and also on our hyper-interactive Facebook page HERE!