Derek Jeter Will Start the 2013 Season on the Disabled List 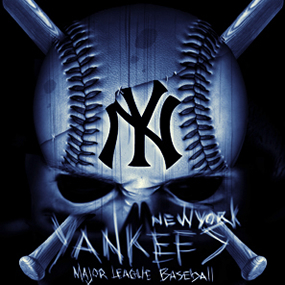 Yankees Captain Derek Jeter confirmed yesterday what was being WHISPERED THROUGHOUT MAJOR LEAGUE BASEBALL FOR A FEW WEEKS … he was going to spend Opening Day on the Disabled List.

“Of course it’s disappointing,” Jeter said. ” … my goal was to be ready on Opening Day … and I didn’t reach it.”

Jeter received treatment on his ankle Tuesday for the third consecutive day after experiencing a setback on Sunday. The team scheduled a similar regimen for today. After that, they would re-evaluate. General Manager Brian Cashman had set April 6 as a new target date for Jeter’s debut.

Jeter needs to show he can play in back-to-back, nine-inning games before the team can recall him. Jeter himself shied away from predictions.“I’m going to stop putting dates on it,” he said. As Jeter described the situation, he “ran out of days” in his rehabilitation from ankle surgery. His ultimate goal, to return healthy for the season, remained in sight. It was just delayed. “As hard as it is sometimes, you’ve got to look at the big picture,” he said. “My goal was to be ready for Opening Day. But my goal also was to be ready for the season. I pushed it to try to get there Opening Day, and it didn’t work out.”

Of course, we’re HustleTweeting about Derek Jeter and the Yankees, and you’re more than welcome to join the conversation by following us on twitter HERE or write us directly at hustleoncrave@gmail.com  Hey, have you checked out the Hustle’s Ultra High Quality You Tube Channel, with exclusive videos featuring OUR WORLD EXCLUSIVE WITH MIKE TYSON … BROCK LESNAR’S “HERE COMES THE PAIN” … ICE-T AND COCO’s SEX SECRETS … TEEN SENSATION TAYLOR MOMSEN … UFC BAD BOY NICK DIAZ … THE WALKING RIOT MISSY HYATT if you’re not subscribing, you’re missing something … and by the ways cheapos, it’s FREE! Yes, absolutely 100 percent FREE! What are you waiting for? Check it out HERE!