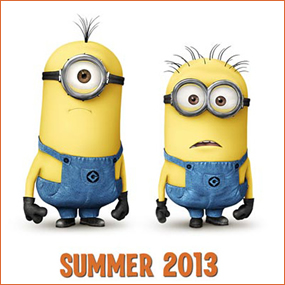 The minions are back, and they’re more despicable than ever, as the first teaser trailer has been released for for “Despicable Me 2.”

The big coup this time around? The Bad Guy himself, Al Pacino, in his first animated film. Producer Chris Meledandri noted to the media that having Pacino on board as the villain is, “So exciting! That’s a highlight of one’s career. That’s crazy, wonderful and incredible.”

“Despicable Me 2”  also features the voices of Kristen Wiig, Miranda Cosgrove, and Russell Brand. “No Country For Old Men”  Oscar winner, Javier Bardem was set at one point to voice the new villain, but when he dropped out, Producer Meledandri recovered in a big way by lining up Pacino.

Meledandri says that his team has just started animation and that pressure is high to live up to the first film, which grossed $251.5 million domestically and $543 million globally. “We all, collectively, are united in our hopes (for the film). It’s very hard to set your sights on, ‘Will we live up to it?,’ rather than, ‘Will we continually push ourselves to take what audiences loved about the first one and then go beyond it, so that we never feel like we’re playing it safe?'”

Of course, we’re HustleTweeting about “Despicable Me 2,” and you’re more than welcome to join the conversation by following THE HEYMAN HUSTLE on Twitter HERE or write to us directly at hustleoncrave@gmail.com

CHECK OUT THE 1st TEASER TRAILER FOR “DESPICABLE ME 2!” 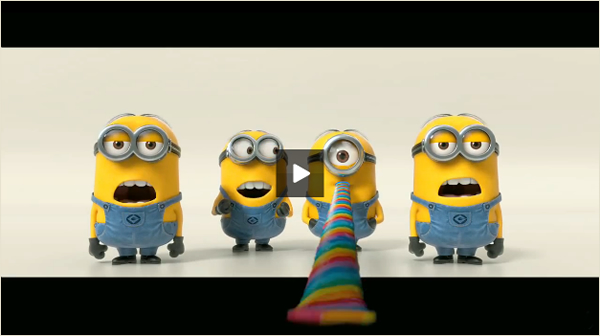