Elizabeth Banks Steps Into The Limelight with "The Hunger Games" 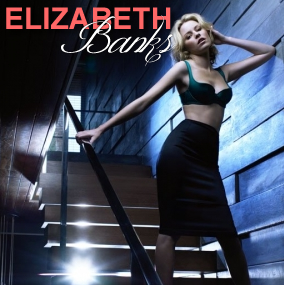 The Beautiful Young Actress Becomes An A-Lister With A Stunning Supporting Role in The Most Anticipated Film of the Season!

Make no mistake about it. When Hollywood predicts a movie will blow away even the Twilight series a the box office, there’s a serious hit on someone’s hands. And for Elizabeth Banks, that can only mean a star turn with her performance as Effie in the new movie “The Hunger Games”

Banks told the media, “I was really excited about the idea of a physical transformation, and I just loved her attitude. She represents the Capitol. Not just visually, but also their attitude throughout the whole series.”

Banks further explained that although her Hunger Games character provides some comic relief, she was insistent that Effie should not be absurd.

“The reason (the character of Effie is) funny is because she’s putting on an outrageously happy face on these completely somber circumstances. My only concern was making sure she was not a clown, that everything was real,” Elizabeth stated.  “She has such a different point of view on what’s going on here … That’s what’s fun and funny about her, and kind of grotesque. In her mind, these kids won a lottery ticket to be on the greatest reality show. Yeah, they’re going to die, but they’re going to die heroes and be glorified by their districts.”

Woody Harrelson Josh Hutcherson and Liam Hemsworth also star in “The Hunger Games” which has been credited as completing a 2012-long resurgence of the LionsGate stock. The company is having a blockbuster year, with its shares surging to new all-time highs, with many saying the highs are directly because of the anticipation regarding this movie.

The movie and television studio has benefited both from its recent acquisition of rival Summit Entertainment LLC and corporate raider Carl Icahn exiting his position in the stock. But what experts all over the place are saying is propelling shares the most lately is the buzz surrounding “The Hunger Games” movie. Despite recent gains, which saw the stock break free of its multi-year trading range of $6 to $8 in late 2011 and now trades above $13, a strong box office performance by the film could help propel the stock even higher.

THE HUNGER GAMES was first published in 2008, and was set in a post-apocalyptic world where children are annually sent to compete in a televised battle where only one can survive. The movie is based on the first book of a trilogy written by Suzanne Collins.

Current expectations for the film are ambitious, but many think the movie will even outperform those expectations. Evercore Partners and Wunderlich Securities are reportly assuming between $200 million and $230 million in domestic box office gross for the movie. On the Hollywood Stock Exchange, the opening weekend market forecast is $129 million, with a four-week forecast of $295 million.

A spokesman for Lionsgate declined to comment. Smart marketing, sayeth the Hustle staff.

Elizabeth Banks, whose role in the movie is going to propel her to new heights, is about to become one of the biggest stars in Hollywood. And she deserves it. Just remember, we told you about her before the explosion. And even before The Hunger Games begin!

Of course, we’re HustleTweeting about Elizabeth, and you’re more than welcome to join the conversation by following THE HEYMAN HUSTLE on Twitter HERE or write to us at hustleoncrave@gmail.com

CLICK ON THE PICS BELOW AND SATISFY YOUR APPETITE
FOR GORGEOUS PHOTOGRAPHS FEATURING “THE HUNGER GAMES” ELIZABETH BANKS!