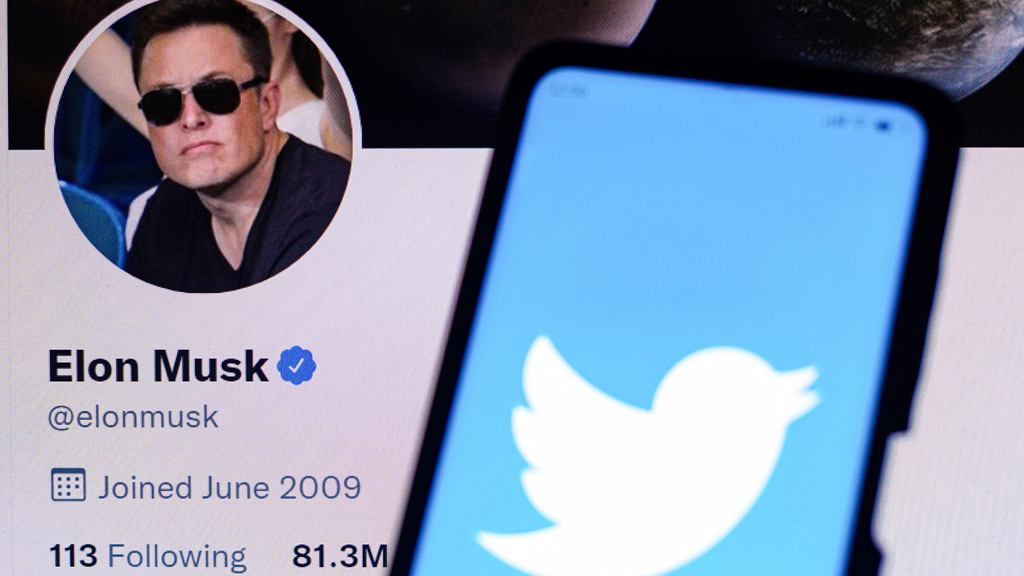 Tesla CEO Elon Musk is the talk of Wall Street today, as the controversial entrepreneur offered to buy Twitter for approx. 42 BILLION dollars (give or take a few million here or there) just a few days after declining to join the company’s board of directors.

Saudi Prince Alwaleed Bin Talal, one of Twitter‘s largest shareholders, said Thursday that Musk’s bid doesn’t come close to matching “the intrinsic value of Twitter given its growth prospects” and said he would reject the offer.

Musk said his offer was “best and final” and valued Twitter at $54.20 per share, adding that he intends to take the company private if his acquisition is successful. If it is not successful, Musk said, “I would need to reconsider my position as a shareholder.”

Reuters reported that Twitter will review Musk’s offer with advice from Goldman Sachs, while Musk has said he’s working with Morgan Stanley. CNBC’s David Faber said the board will meet at 10:00 am Eastern time today.

“I invested in Twitter as I believe in its potential to be the platform for free speech around the global, and I believe free speech is a societal imperative for a functioning democracy,” Musk wrote in his Securities and Exchange Commission filing.

“However, since making my investment I now realize the company will neither thrive nor serve this societal imperative in its current form,” he added. “Twitter needs to be transformed as a private company.”

“It would be hard for any other bidders/consortium to emerge and the Twitter board will be forced likely to accept this bid and/or run an active process to sell Twitter,” said Wedbush analyst Dan Ives. “There will be host of questions around financing, regulatory, balancing Musk’s time (Tesla, SpaceX) in the coming days but ultimately based on this filing it is a now or never bid for Twitter to accept.”

Musk, who unveiled a 9.1% stake in the micro-blogging website last week, was due to assume his seat on the board Saturday and had spoken publicly of his desire to bring “significant improvements” to the company.

CEO Parag Agrawal, seeing the company had a new power broker on its hands, tried to arrange a so-called “Ask Me Anything” session with Musk.

That’s when Musk declined to join the board, citing “many discussions” but declining to elaborate on the terms of the decision was made.

Agrawal, however, said late Sunday that Musk has “declined to join our board” following what he called “many discussions,” but declined to elaborate in terms of how the decision was taken.

Musk’s relationship with Twitter, which he called a “war zone” during his 60 Minutes interview in 2018, remains complicated, in that he is both a prolific user of the site (with more than 80 million followers) as well as one of its more vocal critics.

Late last month, Musk said he was giving “serious thought” to starting his own social media company, and accused Twitter of “failing to adhere to free speech principles fundamentally undermines democracy” given that the site “serves as the de facto public town square.”

His use of Twitter has also drawn the ire of the SEC, who will surely ask why he first filed a 13-G several days after its original deadline, most famously in 2018 when the agency charged him with securities fraud related to a Tweet that he had “funding secured” to take Tesla private.

Musk maintains that was true, but agreed to pay two $20 million fines, and have his Tweets vetted, in order to placate the SEC‘s objections.

The following year, however, he Tweeted (again) that Tesla would produce around 500,000 cars in 2019, but backtracked on the remarks a few hours later … but not before the stock rose sharply in response.

Another Musk Tweet, this time in the fall of last year, sent Tesla shares in the other direction after he asked his Twitter followers if he should sell “10% of my Tesla stock” in order to create a tax liability.

Tesla told investors in a subsequent 10-K filing that the SEC had “issued a subpoena to us seeking information on our governance processes around compliance” with the 2018 settlement.

Twitter, for its part, faces an uphill battle to both increase the number of monetizable daily active users, its term for the number of daily users who can view ads, while keeping content moderation at a level that will attract new users without alienating current ones.

Looking into the coming year, Twitter said it sees revenue growth in the “low to mid 20% range” and held onto its 2021 guidance that sees $7.5 billion in revenues and 315 million daily active users by 2023.

We’re HustleTweeting about this ongoing saga, and you’re more than welcome to join the conversation on the Hustle Twitter HERE … on our ridiculously sensational Instagram HERE … or on our Facebook page HERE!