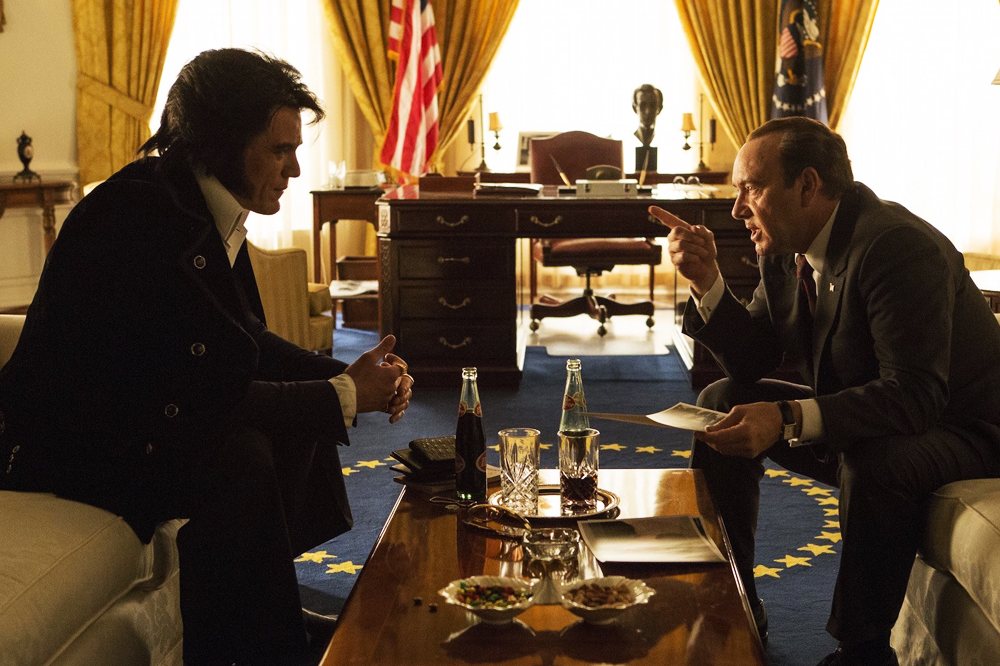 The King Meets The President!

We’re all still recovering from Batman and Superman‘s titanic collision. And yeah, like everyone else, we can’t wait to see Iron Man and Captain America go to war later this summer. But there’s another movie set to drop next month featuring two other icons that has us just as stoked: Elvis & Nixon.

Academy Award nominee Michael Shannon stars as The King while the incomparable two-time Oscar Winner Kevin Spacey portrays the confounded, growling, and Beatles-hating president. The film is a reimagining of the untold story behind the infamous 1970 meeting between Elvis Presley and President Richard Nixon where, so legend says, Elvis showed up on the White House lawn to personally request a federal narcotics badge. The actual famed snapshot of Nixon shaking hands with the King of Rock ‘n Roll in the Oval Office remains the most requested photograph among millions preserved in the National Archives, and for good reason. The captured and immortalized moment between two of America’s greatest recording artists (Watergate qualifies Nixon, right?) is beyond surreal. Now, it looks like the movie inspired by it is about to take that surreality to the next level.

Elvis & Nixon is directed by Liza Johnson and drops domestically Friday April 22nd. It’s also the first film to be theatrically released by Amazon Studios, seen by many as a bold and impressive move by Netflix’s content streaming competitor.

Witness Elvis bring out the “steel claws of a tiger” by watching the wild and hilarious trailer below.