Emily Ratajkowski Calls Blurred Lines "The Bane of My Existence" 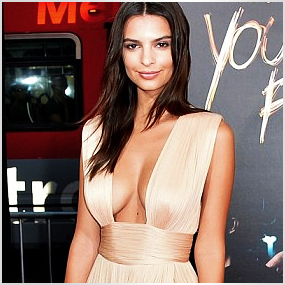 Despite launching her to global fame, the Robin Thicke video annoys the hell out of the sultry brunette super model / actress … here’s why! 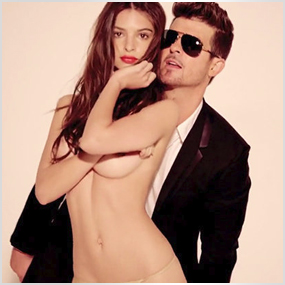 Despite launching her to global fame, the Robin Thicke video annoys the hell out of the sultry brunette super model / actress … here’s why!

When the “Blurred Lines” video came out, model Emily Ratajkowski became not only one of the most desired women on the face of the planet, but a pop culture phenomenon. The music video was a smash success, and according to “Gone Girl” director David Fincher, led to her getting cast in that Ben Affleck movie. Yet, Emily told U.K. In Style magazine the video is “the bane of (her) existence!”

“I wasn’t into the idea at all (of the video).  I think I came off as a bit annoyed (in Blurred Lines),” Emily said in the interview. “Now, it’s the bane of my existence … When anyone comes up to me about Blurred Lines, I’m like, are we seriously talking about a video from three years ago?”

All this negativity didn’t stop Emily from stealing the show at the premiere of her new movie, “We Are Your Friends” as our very own Digital Charlie was on the red carpet and got these awesome photos of Emily. Of course, we’re HustleTweeting right now about Emily Ratajkowski, and you’re more than welcome to join the conversation by following the Hustle on Twitter HERE or write to us directly at hustleoncrave@gmail.com Hey, have you checked out the Hustle’s Ultra High Quality You Tube Channel, with exclusive videos featuring the #HUSTLEBOOTYTEMPTATS SUPERMODEL OF THE YEAR … OUR WORLD EXCLUSIVE WITH MIKE TYSON … BROCK LESNAR’S “HERE COMES THE PAIN” … ICE-T AND COCO’s SEX SECRETS … MMA BAD BOY NICK DIAZ … the list goes on and on, so if you’re not subscribing, you’re missing something … and by the ways cheapos, it’s FREE! Yes, absolutely 100 percent FREE! What are you waiting for? Check it out HERE

CLICK ON THE PICS BELOW TO SEE DIGITAL CHARLIE’S PHOTO GALLERY OF
EMILY RATAJKOWSKI AT THE PREMIERE OF “WE ARE YOUR FRIENDS!”