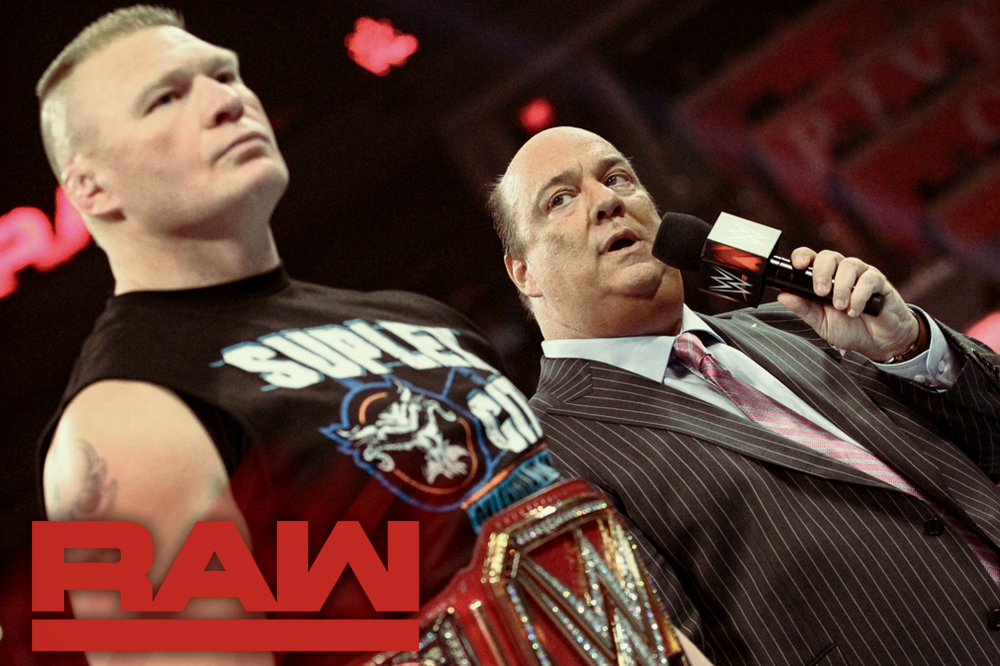 Sometimes, even a miracle can’t save your ass, especially when your opponent is the reigning defending undisputed WWE Universal Champion Brock Lesnar. So says our boss, Brock’s Advocate Paul Heyman. And it’s advice worth listening to!

Ready or not, Finn Bálor is facing Brock Lesnar for the Universal Title on Sunday, and the question is: Do you believe? Mr. McMahon doesn’t believe in fairytales, so safe to say he’s out of the Bálor Club. Braun Strowman is looking past the Royal Rumble to give These Hands to whomever is still standing. Lesnar and Paul Heyman are impressed with their upstart challenger, but they’re predicting “martyrdom” all the same.

But Bálor believes. Granted, that’s what happens when you beat John Cena to make it to the dance, but as The Extraordinary Man explained in a show-opening brouhaha, his self-belief was there long before he pinned the G.O.A.T. And it’s unlikely to abate anytime soon, as he promised Strowman he’d succeed where The Monster failed and take the title from Lesnar. That didn’t quite make The Chairman a believer, but it was enough to pique his interest and sanction Bálor vs. Strowman in a match he predicted would be “very interesting.”

We’re HustleTweeting about WWE Royal Rumble, which takes place this Sunday on pay per view, and you’re more than welcome to join the conversation on the Hustle Twitter HERE and also on our hyper-interactive Facebook page HERE!