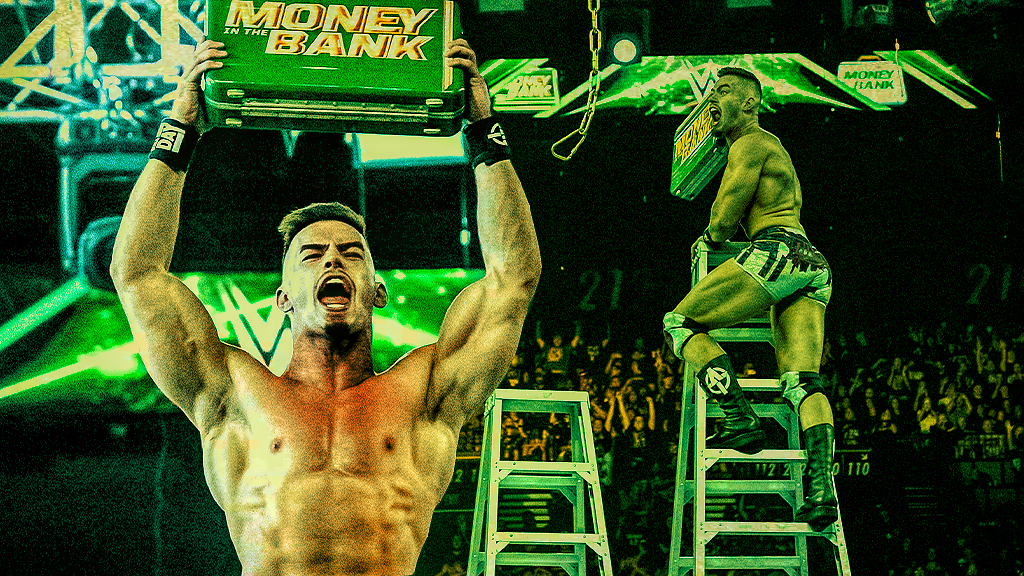 EXCLUSIVE PHOTOS FOR THE HEYMAN HUSTLE BY CHRIS HORRELL // @CHRISHORRELL

Theory is WWE‘s brand new Mr Money in the Bank, a surprise entrant thanks to WWE‘s Adam Pearce, obviously following orders from up above. And the calculated risk paid off, as Theory now owns the MITB briefcase, and even more importantly, the contract inside the briefcase, which gives Theory the right to challenge Roman Reigns for the UNDISPUTED Championship anytime, anywhere, at Theory‘s choosing.

We’re HustleTweeting about Theory, and you’re more than welcome to join the conversation on the Hustle Twitter HERE … on our ridiculously sensational Instagram HERE … or on our Facebook page HERE!