Feast Your Eyes on the Hottest Start Up No One is Talking About ...YET 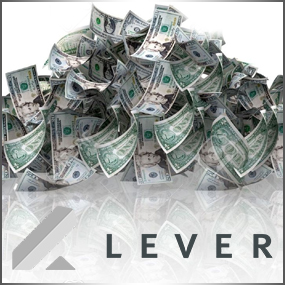 Lever has raised another twenty million dollars directly earmarked for hiring, as the San Francisco-based software company continues to quietly grow at an amazing rate. Lever develops and delivers a Web application for hiring. The company’s application leverages users’ company (interviewers, managers, and recruiters) to source, vet and close. It offers workflows include job postings and referrals, emails and reminders, decision making, sourcing tools, interviews and scheduling, and reports.

What’s most impressive is that Lever is openly used by Netflix, Reddit, Yelp and Lyft to speed up their recruiting process. And with a new $20 million Series B funding round led by Scale Venture Partners alongside existing investors Matrix Partners and Index Ventures, Lever CEO Sarah Nahm says her company will be positioned to help companies as they shift their focus from a high volume of candidates to higher quality and targeted ones.

Founded in 2012, Lever believes it represents the next wave in ATS software that works more closely to how recruiters and hiring managers would actually interact face-to-face. “We think we’ve fundamentally modernized the process by focusing on social relationships of that hiring process,” Nahm says. That’s her way of saying the company has perfected the method by which they will be building individual social profiles of candidates that flow through the system to keep tabs on people for more opportunities down the road while avoiding duplicates. One popular feature in Lever, according to Nahm, is a snooze button that reminds recruiters to check in with a high-quality candidate a certain amount of time later on to see if their situation has changed.

According to several insiders, Lyft took a hard look at another fast-growing startup in the sector, Greenhouse, which raised its own $35 million Series C round in August, before deciding to throw in with Lever. According to one report confirmed by several sources, one of the keys to Lyft’s decision was the fact Lever has added features, such as a tool that allows the client (in this case, Lyft) to enable recruiters to upload candidates directly from multiple sites across the web like GitHub and LinkedIn.

In a recent conversation, Nahm says knows that like the competition for top hires, her software has lots of competition, too. But when U.S. companies spent $124 billion on talent acquisition in 2014 and 70% of its software spend on products more than 10 years old (according to data provided by Lever), Nahm says she’s chasing a market that has lagged behind other software sectors in producing a new generation of winners.

Of course, we’re HustleTweeting about Lever, and you’re more than welcome to join the conversation by following the Hustle on Twitter HERE or write to us directly at hustleoncrave@gmail.com. Hey, have you checked out the Hustle’s Ultra High Quality YouTube Channel, with exclusive videos featuring Backstage with Brock Lesnar and Paul Heyman… The Footage “They” Never Wanted You To See … UFC Bad Boy Nick Diaz’s Wildest Video Ever … Behind The Scenes at WrestleMania … ICE-T and Coco’s Sex Secrets … the list goes on and on, so if you’re not subscribing, you’re missing something … and by the ways cheapos, it’s FREE! Yes, absolutely 100 percent FREE! What are you waiting for? Check it out HERE!